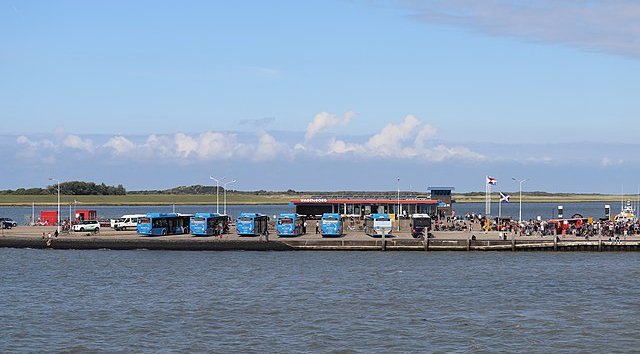 The German regional authority responsible for the Wadden Sea Islands today Wednesday April 20th, gave the green light to a Dutch company to drill for gas in the North Sea around Schiermonnikoog and Borkum.

Dutch firm One-Dyas plans to begin drilling for gas some 20 kilometres north of the islands as soon as possible now that the German authorities have relaxed their attitude towards the gas extraction in the seas around the islands.

The area is said to contain low calorie gas that is suitable for domestic use in the Netherlands and parts of Germany according to Chris de Ruyter van Steveninck, Director of One-Dyas.

De Ruyter van Steveninck told broadcaster NOS: “We think that we can supply 5 percent of Dutch gas demand on an annual basis.

“Local gas is cleaner, more reliable and more affordable than imported gas. The German government realises this and that is why they now support the project.”

Not everyone is in favour do the development which comes on the back of the crisis caused by the war in Ukraine, with the mayors of the two nearby islands are both opposed to the development. They have both expressed concerned about the impact on the environment.

However research by the Dutch economic affairs ministry into the likely effect of the drilling operation, concluded there would be minimal damage during both construction and while the gas is being pumped up.

The Netherlands has so far resisted calls to boost the production of gas from under Groningen province, which is being phased out because of the damage to property caused by earthquakes as the ground settles again.

The war in Ukraine has caused the German government to think again as relooks at its energy strategy, with the green light given to drill for gas in the North Sea