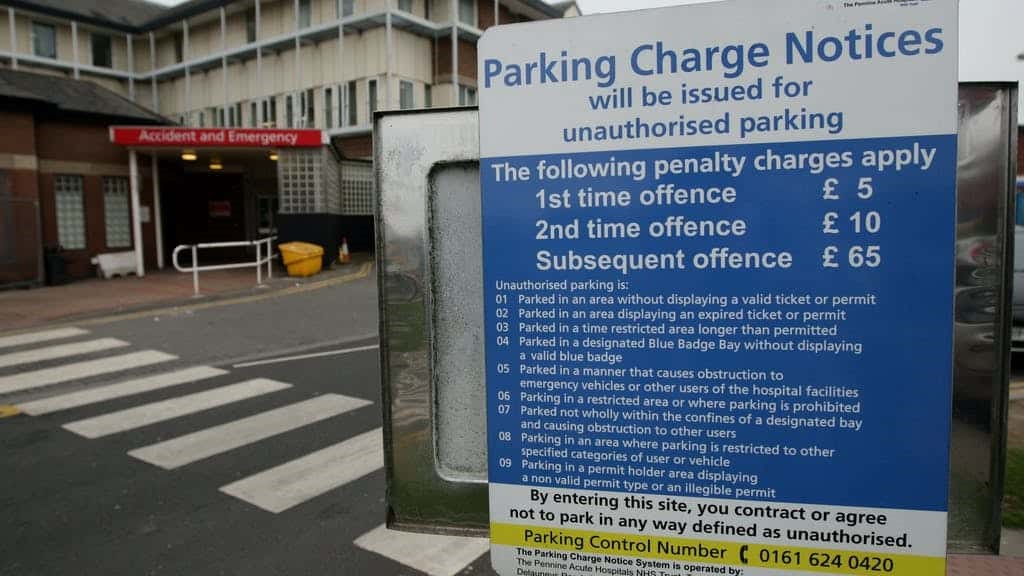 Described by some as scandalous, hospital staff working for the NHS in England are to be charged up to £90 (106 euros) more a year as parking charges are hiked.

Despite all the hard work put in by doctors, nurses and other NHS staff and the failure to show appreciation financially, they are now being asked to cough up extra to pay for their parking.

During the pandemic parking charges were removed but they have now been reinstated but at a higher price, however those in Scotland and Wales don’t pay for theirs. .

Rachel Harrison, GMB National Officer, said: “We think it’s an appalling decision. The timing of it is even more insulting, especially during the cost of living crisis.

“The Government has no understanding of what the NHS is facing. We’re two years through a pandemic which is not over. Staff are absolutely exhausted and this is just another thing to discourage them from staying in the NHS. We’re seeing an exodus.”

Parking charges for staff at London hospitals can be £8 a day or more with fines regularly issued for those who either forget to pay, don’t pay or time or don’t pay correctly. Staff who have fallen foul of the system are even threatened with court action.

Although the number of trusts charging staff for parking has fallen at the moment, down to 72 from 159 in 2019/20, the average cost has risen by 4p an hour. There is also an expectation that many of those not charging at present will begin to reintroduce charges in time.

Dr John Puntis, co-chair of Keep Our NHS Public, said: “This is an example of how the slow march of privatisation and the drive for hospitals to be more like businesses has made them less sensitive to needs of patients, visitors and staff.”

Hospital parking charges for NHS staff have risen well above the inflation rate as they have the increase in staff wages, which many have described as scandalous.