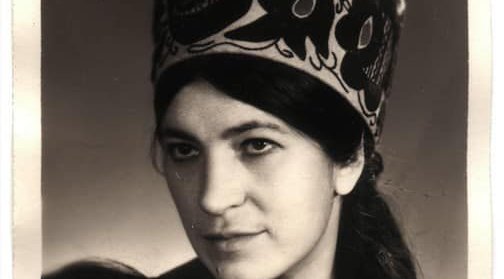 Ukrainian Artist, Lyubov Panchenko who opposed the KGB has starved to death following the Russian occupation of her town Buchi, aged 85.

“The Shostochnik painter Lyubov Panchenko died – she could not survive the occupation of Buchi. During the Russian occupation of Buchi, she starved to death in her house and was pulled out when a shell hit the artist’s house – but she was already too exhausted.” read the tweet posted by Ukrainian news source Bykvu.

Ukrainian Artist, Lyubov Panchenko died aged 85, following the Russian occupation of Buchi according to local news reports. The woman had survived an initial missile strike, but died shortly after being pulled out of her destroyed home due to starvation.

The Mayor of Buchi, Anatoliy Fedoruk stated: “The entire Buchanska community sends its deepest sympathy to the family and friends of the great Ukrainian woman. We will keep her works and memory of her fortitude, diligence and love for Ukraine at a difficult time for the nation. Our community has now recognized a great loss – Bucha and all of Ukraine have lost another generous, unique talent.” The mayor also spoke of how Panchenko had not been previously captured by the KGB, pointing out how sad it is that after surviving such horrific past events she has now been taken out by Russian Forces.

Lyubov Panchenko was one of the artists of the sixties, who during the Khrushchev era, despite the pressure of the Kremlin and censorship, developed Ukrainian culture. A member of the Ukrainian Women’s Union, she had always fought for justice and freedom, using her artwork as a vehicle for Ukrainian freedom.

Panchenko’s paintings were sheltered and she was repeatedly re-examined for the bright Ukrainian colouring of her paintings, which was considered unacceptable during the Radiant Socialist era.