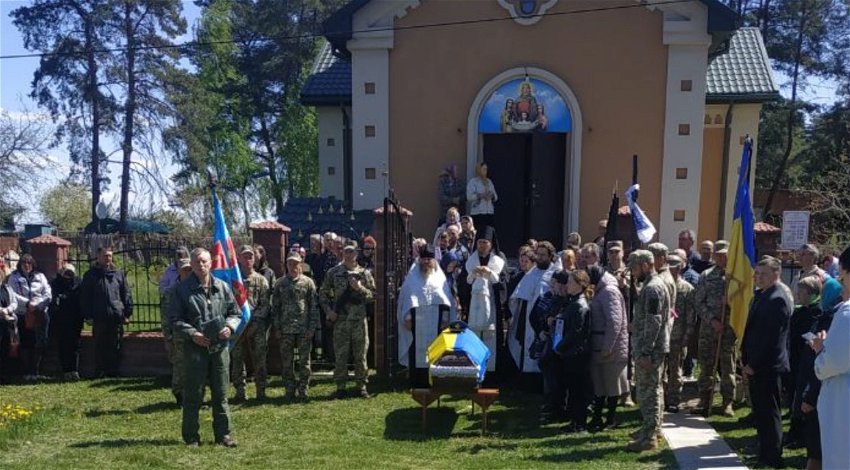 On Monday, May, 9, a 22-year-old fighter pilot, Roman Pasulko, who died defending his homeland, was buried in Nizhyn, Ukraine.

The Ukrainian fighter pilot had been saving the lives of civilians since the first day of Russia’s full-scale invasion, flying in his beloved Mikoyan MiG-29 and paid for it with his own life, as reported by ObozRevatel news.

Roman served in a tactical aviation brigade in Vasylkiv. On February 24, he received a combat mission and didn’t hesitate for a second to take to the skies, the pilot’s fellow pilots said.

“In the memory of his colleagues Roman will forever remain sincere, smiling, full of plans for life, which unfortunately were not destined to come true,” stated his colleagues.

When saying goodbye to Roman, his colleagues and mentors tearfully remembered Roman’s first independent flights, how they put him “on the wing” and were proud of his achievements. Roman was a skilful pupil, a professional pilot despite his young age.

Relatives and habitants of the native town came to say goodbye to Roman. Roman was buried in his local cemetery at the Church of Faith, Hope, Love and Mother Sophia, with full military honours.

To honour Roman’s memory, a plane flew into the sky over Nizhyn. “He did not see his life other than in the sky. He prepared himself, fulfilled his dream, he was the best in the group and would become the best pilot in Ukraine,” stated Alexander Stupak, a colleague of Roman Pasulko’s parents.

“The Russian Federation insidiously attacked us and cut short the lives of the best who could create our state and our future,” he continued.

The news of the Ukrainian fighter pilot’s funeral broke on the same day The Kremlin announced the new executive order signed by Putin on the new support measures for the families of dead Russian military personnel and service people.