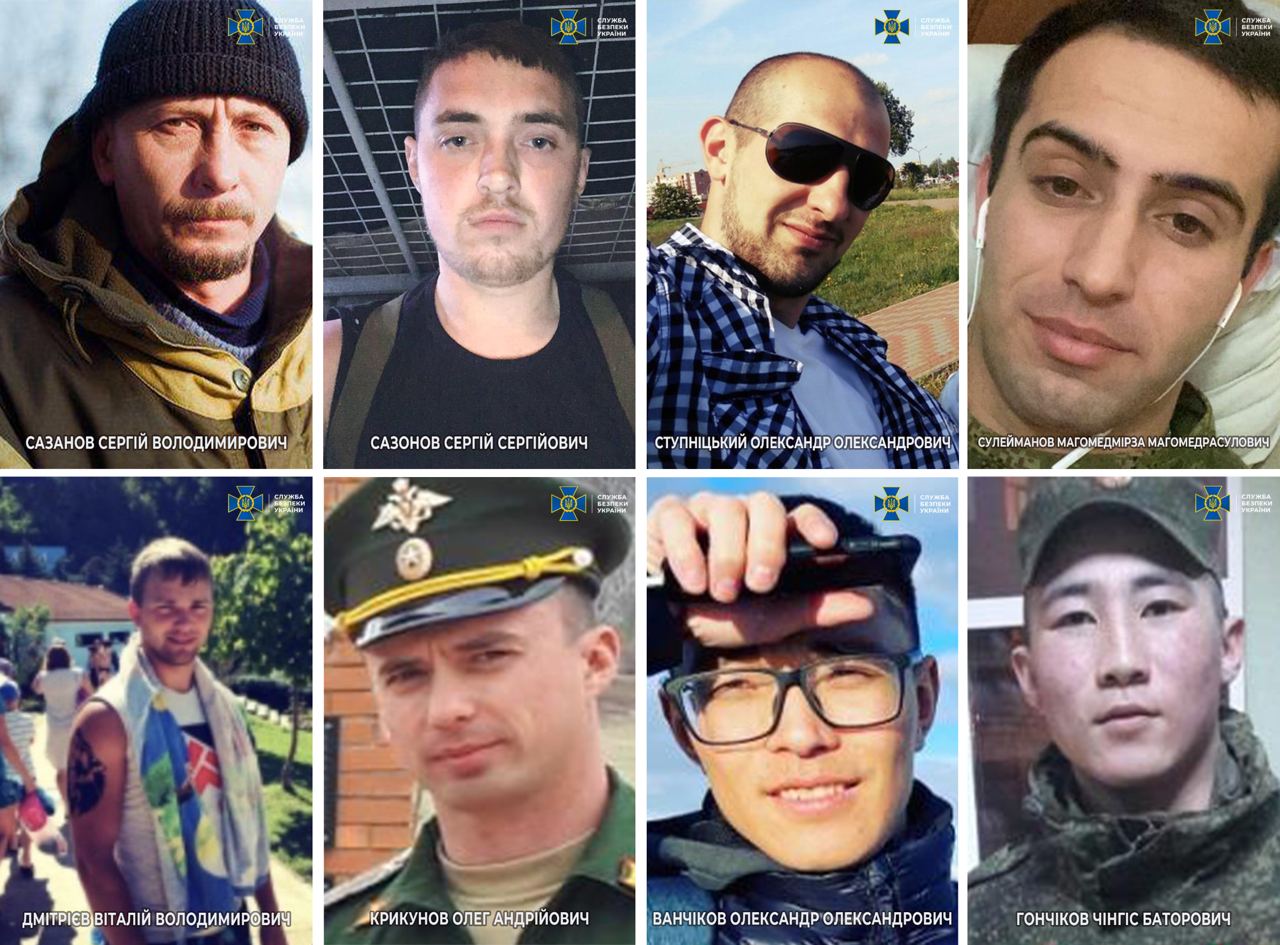 Eight further Russian guerrillas who are allegedly guilty of war crimes involving Ukrainian civilians were identified by the Ukraine Security Service (SBU), as reported on Tuesday, May, 24.

“SBU identifies eight more Russian guerrillas responsible for attacks on civilians in Kyiv Region.Among them are five servicemen of the Russian Armed Forces and three Wagnerites. More details at the link,” read a tweet posted by the Ukrainian Security Service.

The full statement posted by the Ukraine Security Service on their official Telegram stated:

“Among them are five servicemen of the Russian Armed Forces and three Wagnerites.”

“These suspects are accused of a total of 14 incidents: killing of civilians, shelling and burning of residential buildings, hiding and holding people in basements without food or water, and theft of property.”

“In particular, the SBU found that during the temporary occupation of Kyiv region, the guerrillas were convinced that an old woman in the village of Motyzhyn was in a state of insanity. ”

“The woman and her relatives were taken to a place of temporary holding. The homeland was rolled up trying to get information about the location of the local units of the local security service and the Terrorist Defence Forces.”

“They brutally abused their son in front of his mother and shot him in the leg. But they did not get any information and beat him with a gun to the head. An elderly man was also killed. The whole family was killed by multiple gunshot wounds.”

“In addition, the occupants killed another civilian woman on the orders of the platoon commander of the 36th general army of the 37th Independent Motorized Brigade of the Russian Federation. The reason for the shooting was her dark clothes. The father of the victim was taken into captivity and held virtually without food or water.”

“The “volunteers” also detained two volunteers who were delivering humanitarian aid to the residents of Motyzhyn. The occupants finished drinking and coiling them, and then took them to the forestry farm and punished them by opening fire on them.”

“One of the volunteers was shot in the head and the other one was badly wounded. The occupants took away their cars and humanitarian aid.”

“Two members of the Patriot civic organization have been documented dead. Investigators established that they had been rolled up and after their deaths the Nazis shot up their bodies.”

“Another civilian had his hands tied and was forced to walk for a long time on an ATV by a Russian soldier. After drinking, threatening him with death and beating him, he was held in a canal pit for several days.”

“These 8 perpetrators have now been ch”arged in absentia under Article 438 of the Criminal Code of Ukraine – violation of laws and customs of war.

“The SBU and Prosecutor’s Office are conducting a pre-trial investigation into this criminal case.”