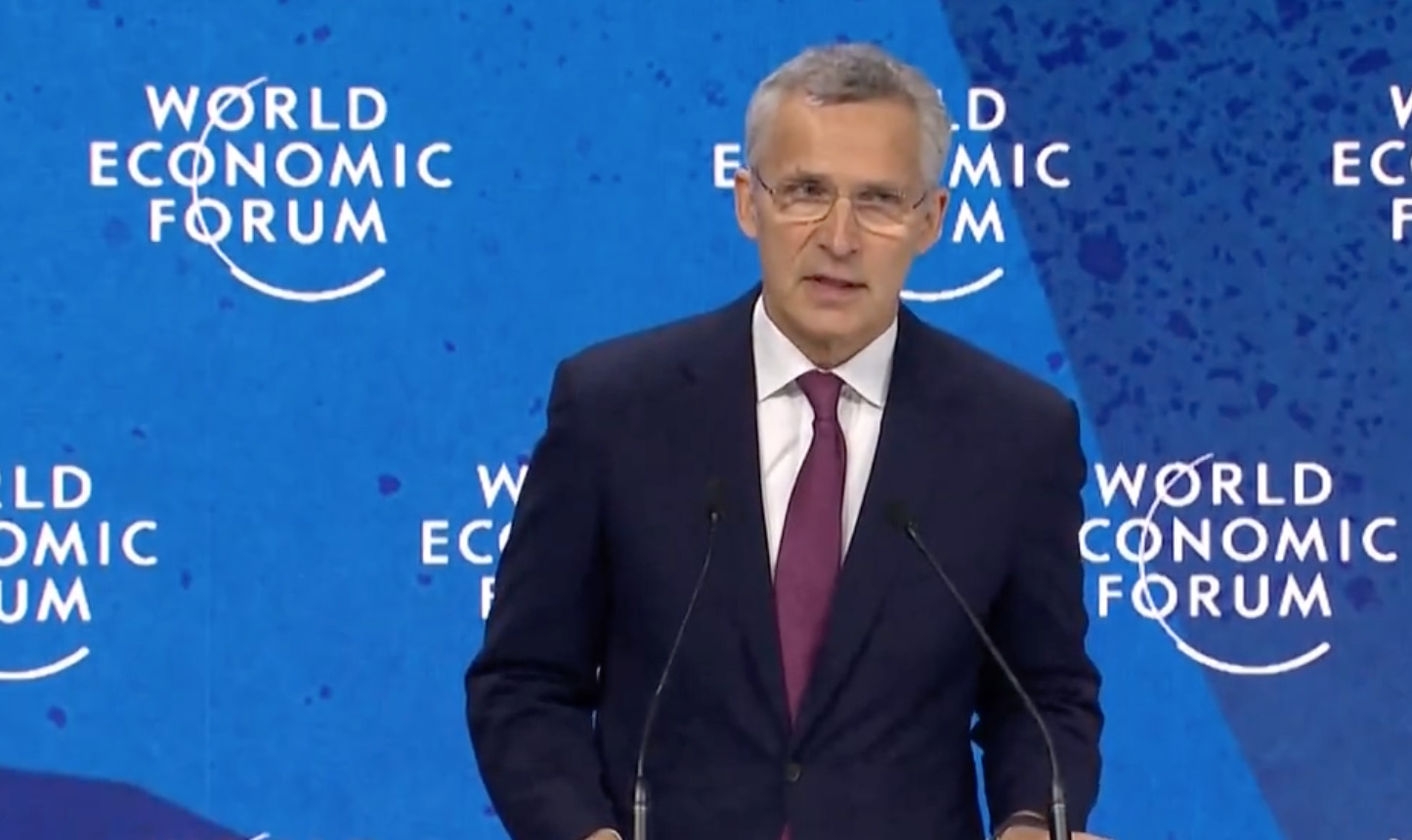 NATO Secretary-General Jens Stoltenberg told the World Economic Forum’s annual ‘Davos’ meeting today that the North Atlantic Military Alliance will ‘continue to support Ukraine, but will not send troops to the country.’

Speaking on Tuesday, May 24, NATO’s chief said that “NATO has been supporting our valuable partner Ukraine since 2014. But our main task is to protect our NATO allies. Therefore, we must prevent this bloody war from escalating into a full-scale war in Europe between NATO and Russia.”

Stoltenberg reiterated that NATO will support Ukraine in its right to self-defence against Russian aggression, “but NATO will not become a party to the war. We will not send NATO troops to the front and will not directly participate in the war. Support – yes, but not direct intervention, ”the secretary-general said.

“When Russia invaded Ukraine again this year, NATO was ready. We deployed additional forces to the east of our Alliance. Today, we have over 40,000 troops under direct NATO command, backed by significant air and naval assets.

“We doubled the number of multinational battlegroups from the Baltic to the Black Sea and we have 100,000 troops on high alert, ready to respond to any aggression and to defend every inch of NATO territory,” he said.

He added: “This is deterrence, to remove any room for misunderstanding or miscalculation in Moscow. Not to provoke conflict, but to prevent conflict and preserve peace.”

Speaking about Finland and Sweden’s applications to join NATO, Mr Stoltenberg called their decision to apply for NATO membership “historic”.

The move “demonstrates that European security will not be dictated by violence and intimidation. All Allies agree that NATO enlargement has been a great success, spreading freedom and democracy across Europe.

“So I am confident that we will be able to find a way to address all Allies’ security concerns and welcome NATO’s closest partners into our family of free nations,” he said.

“In the meantime, NATO is vigilant in the Baltic Sea region, and Allies have increased their presence. We have stepped up our exercises and deployments and for the first time ever, a US Amphibious Ready Group has been placed under NATO command.”

He added: “Finland and Sweden’s membership would also strengthen the close bonds between NATO and the European Union. European security and transatlantic security are deeply intertwined. Today, close to 600 million Europeans live in a NATO country and 93 percent of the EU population is protected by NATO.

“The ever-closer coordination between NATO and the EU has been critical for dealing with the current crisis.”

Spanish Prime Minister Pedro Sánchez also called for stronger ties between the EU and NATO during his Davos Forum address.

Speaking on Tuesday, May 24, Mr Sánchez announced that the leaders of Sweden and Finland will attend next month’s NATO summit in Madrid as guests.

Finland and Sweden’s decision to apply for NATO membership has recently been met with some objection from Croatia and Turkey.

Speaking on Wednesday, May 18, Croatia’s president, Zoran Milanovic, called for the country’s NATO representative, Mario Nobilo, to block Finland and Sweden’s NATO move until Bosnia and Herzegovina’s electoral law was changed – a move that would make it easier for Bosnian Croats to get their representatives elected to leadership positions.

Milanovic said that Croats in Bosnia are “being destroyed” as a political entity.

“That is not an act against Finland and Sweden but it is for Croatia,” he said.

“Turkey certainly will not move away from the table before it gets what it wants,” Milanović said.

On Wednesday, May 18, Turkey blocked Nato’s initial decision to process requests by Finland and Sweden to join the military alliance, according to reports.