TUI announces cancellation of hundreds of flights in June 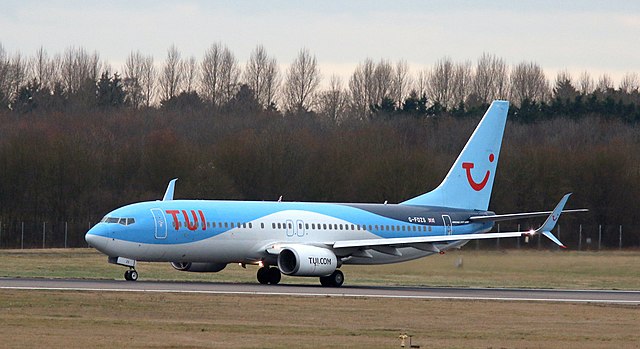 Hundreds of flights from Manchester airport will be cancelled next month TUI has announced.

According to the Manchester Evening News (MEN), German travel operator TUI has announced today, Tuesday, May 31, that hundreds of flights are being cancelled in June. These cuts will affect dates up to June 30, with the company planning to shelve around 43 weekly Manchester airport flights.

“Due to the amount of on-going disruption in our operation at Manchester Airport, we have made the incredibly difficult decision to cancel six flights a day (43 flights a week), from Tuesday 31st May until Thursday 30th June. All other airports in the UK are planned to operate as normal”, read a statement from TUI.

It continued: “We understand how disappointing this will be for those impacted; however, we believe this is necessary to provide stability and a better customer service at Manchester Airport“.

Posts on Twitter appear to show a lot of confusion among people who have travel plans. “Has anyone actually received this email or text confirmation about their cancelled holiday? @TUIUK#tui“, wrote @tarsha_harrison.

This can only serve to create further anxiety among British holidaymakers who have already suffered incredible chaos at airports around the country this last weekend.

More than 100 flights have also been cancelled recently by British Airways, although this was a scheduled part of the company’s reduction until October, and plenty of prior notice had been given to users of the airline.

In order to avoid having to cancel flights at the last minute, BA made the decision earlier this year to scrap around 16,000 flights between March and October.

Easyjet also announced plans last week to scrap more than 200 flights out of Gatwick. The airline was hit with an IT failure last week which saw hundreds of flights having to be cancelled last minute.