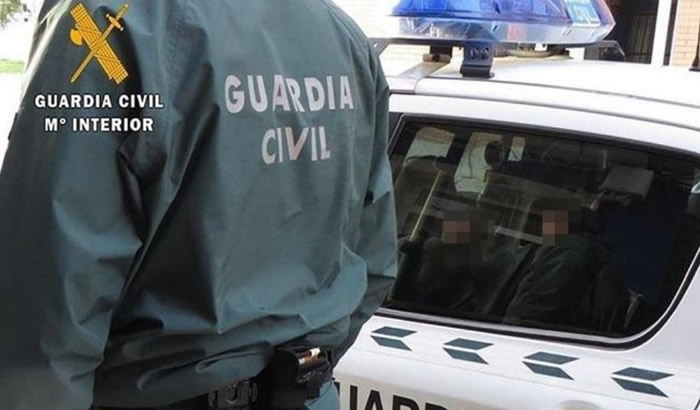 A Guardia Civil vehicle was rammed as a car attempted to avoid a police checkpoint in the Malaga municipality of Mijas.

As reported by the Guardia Civil, one of its police vehicles was rammed this afternoon, Thursday, June 2, while manning a checkpoint on the A387 between the Malaga towns of Mijas and Fuengirola. The alleged perpetrators managed to flee on foot and are still at large according to malagahoy.es.

The incident occurred while the Guardia Civil were stopping vehicles at a routine checkpoint to detect possible drugs or weapons. As they motioned for an approaching vehicle to stop, its driver continued at high speed and collided with the stationary police vehicle as he attempted to avoid being pulled over.

Their car was damaged by the impact so the occupants exited the high-end vehicle and fled on foot. They have avoided capture for the time being, while the car has been seized.

A spokesperson for the Unified Association of Guardia Civil (UAGC) has denounced the incident and demanded more means for the Costa del Sol. One of its requests is that vehicles with front bumpers be provided, arguing that “the crime that exists in the area due to the presence of organised gangs dedicated to drug trafficking is active in the area”.

The union added that the fleet of the Mijas Guardia Civil is “completely obsolete, still having passenger cars over fifteen years old, and some twenty years old”. They called on Maria Gamez, the General Director of the Guardia Civil to reinforce both the staff and the material means available to officers for their daily service, both in Mijas and other posts on the Costa del Sol.