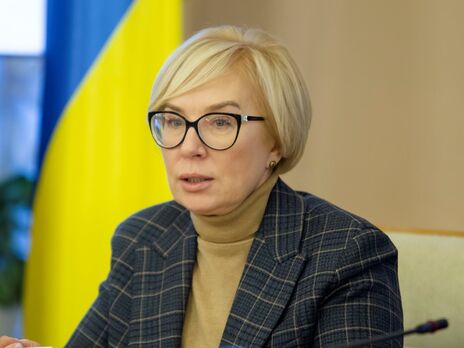 FORMER Ukrainian Ombudsman, Lyudmila Denisova, has broken her silence after she was removed from her post for making several explicit complaints about the conduct of Russian soldiers in Ukraine.

UPDATE 12.40 pm (June 10) – Denisova has spoken out after she was fired on Tuesday, May 31 for making scandalous accusations against Russian soldiers, in which she claimed that were raping, torturing and killing women, children and babies in Ukraine.

She was removed from her role as Ukraine’s Parliamentary Commissioner for Human Rights after she received a vote of no confidence in the Ukrainian parliament which passed by a margin of 234-to-9.

Following her sacking, Denisova had kept quiet, however, in an interview published by a Ukrainian news outlet, she admitted that she “exaggerated” reports of sexual crimes by Russian soldiers in order to get Ukraine more weaponry.

“When, for example, I spoke in the Italian parliament at the Committee on International Affairs, I heard and saw such fatigue from Ukraine, you know? I talked about terrible things in order to somehow push them to make the decisions that Ukraine and the Ukrainian people need,” she said.

Originally, Ms Denisova had said she hoped that highlighting the UN to the war crimes allegedly being committed in Ukraine would “bring the perpetrators to justice, as well as take measures to prevent sexual violence by Russian troops.”

However, speaking about the language she used in her reports, Ms Denisova said: “Yes, then this vocabulary was very harsh. I said that, indeed, maybe I exaggerated. But I tried to achieve the goal of convincing the world to provide weapons and pressure.”

Ms Denisova stands by her reports despite being removed from her position.

“I agree that sometimes the vocabulary was very harsh, but I used it as suggested by the victims themselves. Done, done. Everything is in the resolution. It has been confirmed that sexual violence exists, now investigators need to prove it.”

Before being sacked, Ms Denisova was accused by parliament member Pavlo Frolov of pushing misinformation that “only harmed Ukraine” in relation to “the numerous details of ‘unnatural sexual offences’ and child sexual abuses in the occupied territories, which were unsupported by evidence.”

ORIGINAL 3.45 pm (June 1) – Denisova, who became famous for scandalous accusations against Russian soldiers, was fired on Tuesday, May 31. She claimed that Putin’s army had been raping, torturing and killing women and children in Ukraine.

However, her frequent trips abroad, insufficient work on the exchange of prisoners of war and excessive concentration on “sexual crimes” were named as the official reason for her departure.

As previously reported, Ms Denisova had been asking the Special Representative of the UN Secretary-General for Sexual Violence in Conflict, Pramila Patten, to investigate crimes of sexual violence against women and children in Ukraine at the hands of Russian troops.

She said she hoped that highlighting the UN to the war crimes allegedly being committed in Ukraine would “bring the perpetrators to justice, as well as take measures to prevent sexual violence by Russian troops.”

She noted on Monday, May 23, “sexual violence is strictly prohibited by Article 27 of the Geneva Convention relative to the Protection of Civilian Persons in Time of War of 1949,” before describing some horrific, yet unsubstantiated, claims of abuse.

She claimed that Ukraine’s “psychological helpline was contacted by persons from Oleksandrivka, Kherson Oblast, who gave permission to publish information on the facts of sexual violence.”

She then described crimes against children including rape and their deaths.

“I call on the world community to ensure the imposition of personal sanctions against political leaders, Russian military commanders and perpetrators of these terrible crimes!” she said.

However, MPs claimed her work “couldn’t be confirmed with evidence […] only harmed Ukraine and distracted the global media from Ukraine’s real needs.” In the end, 238 MPs voted her out.

With regards to complaints about her frequent trips abroad, MPs claimed she had spent time in “warm Western Europe” during the invasion “but not in Russia or Belarus, where her status and powers could help prisoners.”