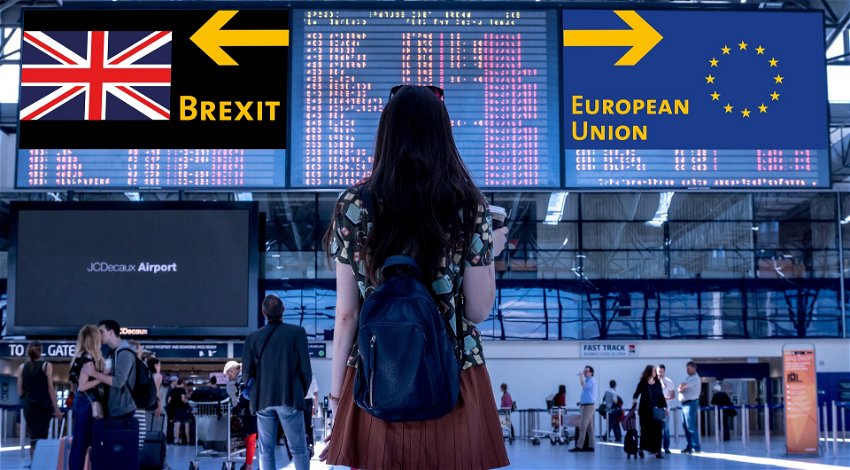 The UK’s Brexit ID card rule for foreigners travelling to the UK has been described as having a “catastrophic impact on the international student travel industry” by a travel expert, as reported on Monday June 27.

The UK’s Brexit ID card rule has notably impacted the UK’s travel industry, with a mere 5.87 million visitors from overseas in the first four months of 2022, just over half of the 11.53 million seen in 2019 according to data published by VisitBritain.

Chief executive of UKinbound, Joss Croft, reflected on the data while talking to the Independent:

“This data reminds us of the devastating impact the pandemic had on the UK’s inbound tourism industry but also alludes to why our members are only expecting business to return to 50 per cent of pre-pandemic levels in the second half of this year.”

“An additional hurdle our members are facing this year is the implications of Brexit, such as the removal of ID cards, which has had a catastrophic impact on the international student travel industry.

“EU school groups are opting to travel to alternative English-speaking destinations such as Ireland, where they can still use their ID cards for entry, instead of the UK, at a cost of millions of pounds to regional economies across the UK who would normally host these students.”

EU citizens, as well as further states in the European Economic Area, are able to travel to many European countries by using their national identity cards.

The UK no longer allows for foreign citizens to travel to the UK with Home Secretary, Priti Patel previously stating:

“By ending the use of insecure ID cards we are strengthening our border and delivering on the people’s priority to take back control of our immigration system.”

Joss Croft issued a warning for the future of the UK’s travel industry stating:

“Rising prices and recruitment issues threaten the recovery of the UK’s second-largest service export industry, inbound tourism, and therefore it is imperative that the government listens to and works with the industry to implement workable solutions that will ultimately aid the UK’s economic recovery.”