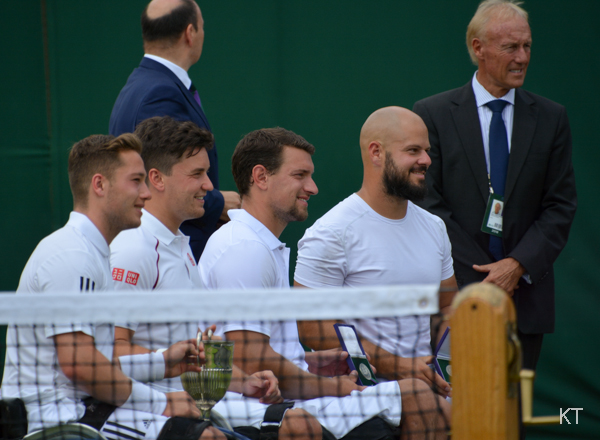 Tennis fans have raised a stink after Wimbledon installed gender-neutral toilets at the event, in what they claimed was a break with tradition.

The tournament, which starts on Monday, June 27, is renowned for keeping with tradition at the All England Club. The continued respect for tradition has made the tournament a favourite with British fans, however, they have told GB News this is a step too far.

According to the organisers, gender-neutral toilets were added as part of a Logistics Hub during the pandemic in 2020.

But fans aren’t buying it with one woman saying: “Wimbledon is about tradition; it doesn’t have to follow every fad.”

A spokesperson for the All England Lawn Tennis and Croquet Club told MailOnline: “A toilet at Gate 1D which has a gender-neutral sign was part of a build back in 2020.”

The change is just one of many that the club is proposing as it seeks to update the way it represents female competitors and champions. This includes changing the way winners are represented on honours boards, with men by their first initial and women prefixed by Miss or Mrs.

The club has acknowledged speaking to The Times that it was looking to further modernise the tournament and the club, in the process improving equality between the genders.

Amongst other changes being implemented is the dropping of the married prefix when referring to women players on the court, with umpires to refer to them by their surname as has been the tradition for men.

Wimbledon has been the home of tennis tradition for years and the changes have not gone down well with fans, who have chosen to speak out against the changes.