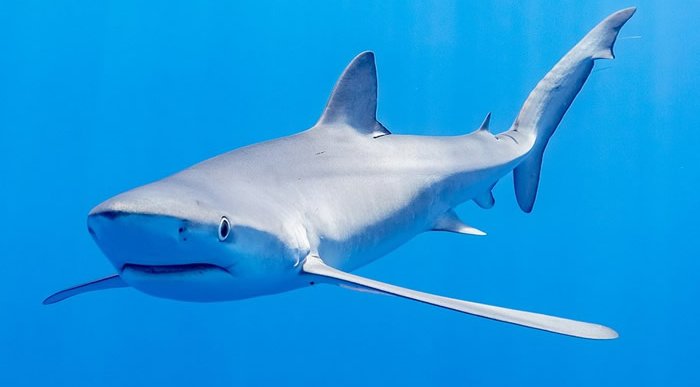 The presence of two sharks spotted swimming near Arenal beach in Tarragona province led to it being evacuated.

As reported to Efe by Local Police sources, the Arenal beach in the Tarragona municipality of L’Hospitalet de l’Infant was evacuated on the afternoon of Sunday, June 26. This swift action was carried out due to the sighting of two sharks swimming in the sea, near the water’s edge.

The incident occurred at around midday, when the lifeguard in the area, along with some bathers, spotted two sharks in the water near the beach, so they notified the emergency services and the red flag was raised, as reported by laopiniondemalaga.es.

According to Local Police sources, the sharks were of the blue shark species measuring about three metres long. These creatures are common in the coastal waters in this area of Tarragona, but when they appear too close to the beach then it becomes a dangerous situation.
Arenal beach was reportedly packed full of bathers at the time of the incident. Those who were in the water were requested to return to dry land as fast as possible. The beach was subsequently closed off by the police. Once the sharks had disappeared from the area it was deemed safe to reopen the beach to bathers.
Historically. blue sharks – also known as great blue sharks – have rarely been known to bite humans. According to sharksinfo.com,  in the last 400 years, the blue shark was implicated in only 13 biting incidents. Blue Sharks are pelagic, meaning that they prefer the open ocean to the coastlines.