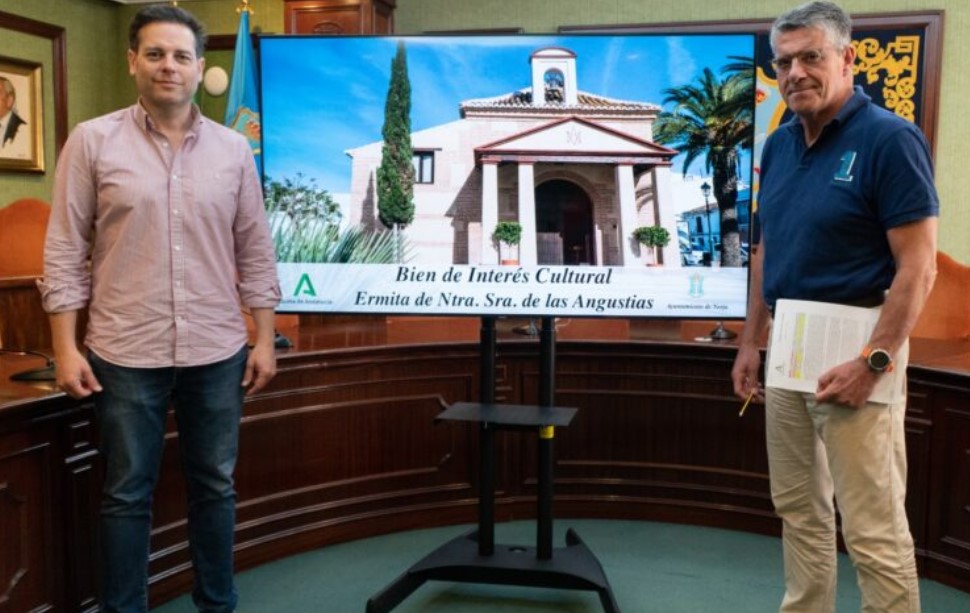 The Junta de Andalucia has initiated the procedure to list the hermitage of Las Angustias in the Malaga town of Nerja as a Site of Cultural Interest.

Jose Alberto Armijo, the mayor of the Malaga town of Nerja, reported on Tuesday, June 28, that the Territorial Delegation of Culture and Heritage of the Junta de Andalucia has decided to initiate the procedure for the registration of the hermitage of Nuestra Señora de las Angustias as a Site of Cultural Interest(BIC). It would then be included in the General Catalogue of Andalucian Historical Heritage.

The mayor was accompanied by Francisco Arce, the deputy mayor, who voiced his satisfaction by highlighting that the plenary agreement that was adopted in August 2020 has borne fruit.

“At that time, we decided to approve the technical documentation prepared by the historian and coordinator of the Local Heritage Advisory Group, Francisco Capilla, and the director of the Nerja Museum, Juan Bautista Salado, to register the property, which has served as the basis for the Junta de Andalucia to promote the procedure that will conclude in the desired declaration of BIC”.

Mr Armijo thanked the Corporation for its support, which unanimously endorsed the BIC declaration request. He also praised the technical involvement of Francisco Capilla and Juan Baustista Salado, “for their good work”, as well as the interest in the matter and willingness of the General Director of Historical and Documentary Heritage of the Ministry of Culture, Miguel Angel Arauz.

The Resolution of the Territorial Delegate for Culture and Heritage in Malaga will be published in the Official Gazette of the Junta de Andalucia, thus opening a period of public information. At this time, it is transferred to the General State Administration to be recorded in the corresponding Registry.

Once the allegations, if any, have been resolved, they will be transferred to the Governing Council of the Junta de Andalucia, which will conclude the file by declaring the Hermitage a Site of Cultural Interest.