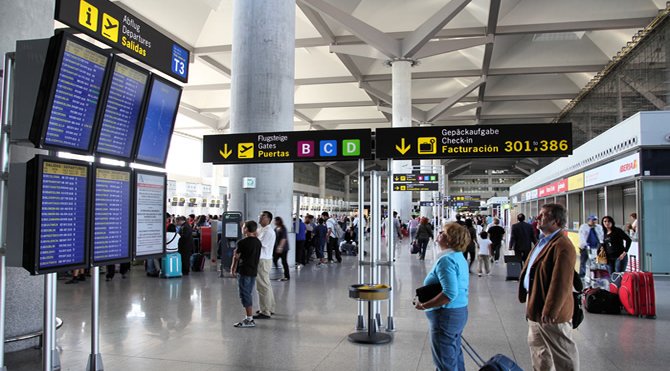 On the third day of strike action by Easyjet cabin crew, Malaga airport was again the base affected most in Spain.

Today, Sunday, July 3, saw the third day of strike action by the EasyJet cabin crew (TCP) members at the airline’s three bases across Spain. A total of five flights were cancelled at Malaga airport, again the hardest-hit facility in the country. Another nine departures and five arrivals were delayed.

According to the latest update from the USO (Union Sindical Obrera), up until 7pm this evening, a total of eight cancelled flights had been recorded in Spain. Specifically, the cancellations occurred on the Malaga-London Gatwick, Malaga-Bristol, and Malaga-Paris CDG routes.

Easyjet’s Barcelona, ​​Malaga, and Palma de Mallorca bases suffered a total of 46 delays between them, with 25 in departures and 21 in arrivals.

In a statement released by@USOConfe Miguel Galan, the general secretary of USO at EasyJet Malaga said that he was “satisfied with the high level of follow-up” of the EasyJet cabin crew strike in Spain. In three days it has resulted in 26 cancellations and 185 delays at their three bases.

Malaga’s Costa del Sol airport has been the one affected the most generally, while Palma de Mallorca has suffered the most delays.

The USO pointed out that other links between international destinations that should have been operated by the Spanish crew of the flights that did not take off from Spain have been cancelled.

Galan stressed that they are aware that “Easyjet is trying to operate the returns of flights cancelled at origin with a foreign crew. A practice that has been copied from the queen of illegalities, Ryanair”.

Ryanair has also experienced industrial action by the TCP cabin crews. On Saturday, July 2, they announced that USO had called for 12 new strike days during the month of July.

On behalf of Easyjet, USO and the company are summoned to two new meetings this week. On Wednesday, July 6 at the negotiating table of the agreement, and on Thursday, July 7 at the SIMA. They go with “the best disposition, but the company has to be serious and make an offer”, insisted Galan.

Meanwhile, six days of strikes are still called for July 15, 16, 17, 29, 30, and 31. As pointed out by the strikers, there is a significant difference in pay structures between the Easyjet employees in Spain compared to those based in other European counties.