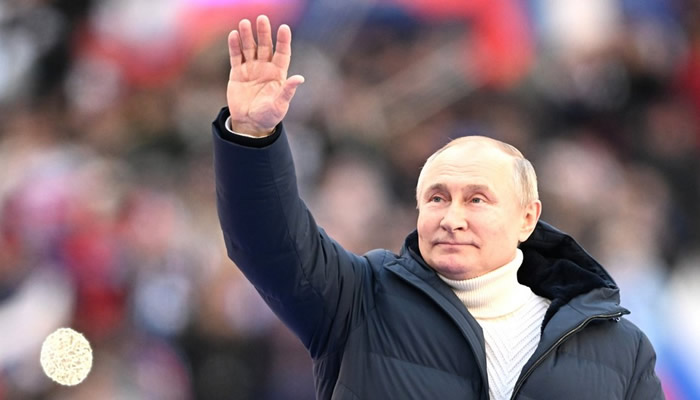 It has been reported today, Saturday, July 9, that Russian President Vladimir Putin has now lost at least 60 known colonels since the start of the conflict in Ukraine. The 60th such high-ranking officer to perish is said to have been 45-year-old Lieutenant Colonel Sergei Moskvichev, according to dailymail.co.uk.

Details emerged of the paratrooper being buried with full honours in the city of Ryazan, in western Russia. He was with the 155th Marine Brigade in Vladivostok, previously having served in Ussuriysk with the 83rd Airborne Brigade. He is survived by his wife and two children.

It was revealed that he had died three months ago but it had been impossible for the Russian authorities to retrieve his body from the war zone until now. Moskvichev was reported to have been the son of one of the brave men who carried out rescue work after the 1986 Chernobyl disaster.

Another high-ranking Russian officer became Putin’s 59th colonel to die in Ukraine. It was revealed earlier today that Lt-Col Alexander Smirnov was killed in what is known as the Luhansk People’s Republic (LPR).

He had been serving with the 11th Separate Guards Airborne Assault Brigade and was their deputy commander. Smirnov joins an incredible number of top officers to have lost their lives in the bloody conflict in the former Soviet territory. At least 11 generals are known to have also died, but the total could be higher due to the silence kept by Moscow on this subject.

Vladimir Putin seems oblivious to the mounting death toll among his military. He recently declared: ‘We haven’t started anything yet in earnest’. This is despite estimates claiming the Russian fatalities to have already exceeded 30,000.