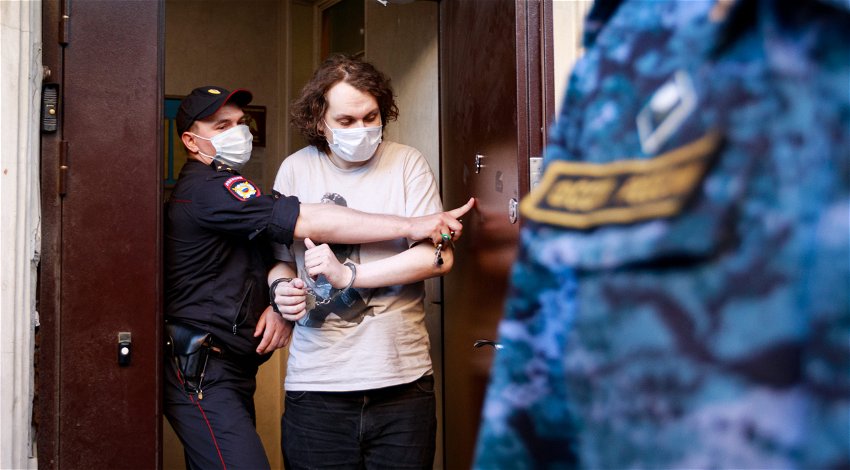 Russia has finally terminated its criminal case against Yury Khovansky, a popular Russian comedian and YouTuber as reported on Wednesday, July 20.

Russia’s court terminated the criminal case against comedian and YouTuber Yury Khovansky due to the expiry of the statute of limitations, as reported by 112 media.

The decision was made by the 2nd Western District Military Court.

Yury Khovansky was a defendant in a justification of terrorism case. The Russian YouTuber spent six months in pre-trial detention.

The Russian comedian whose YouTube channel has more than 4.4 million subscribers, was detained in early June 2021, for “justification of terrorism” after he performed a song in which he spoke of children who were victims in the hostage situation at Dubrovka Theater in 2002.

The incident saw an estimated 40 gunmen take audience members and staff hostage, while demanding the withdrawal of Russian forces from Chechnya.

Khovansky apologised for his song stating he regretted it and was “ashamed” of the piece.

In February, Khovansky publicly expressed regret over the song after the investigation into his performance was launched, saying he was “ashamed” of it.

A video of Khovansky leaving court upon being cleared was shared on Twitter:

“Yury Khovansky would not comment on the termination of criminal proceedings. The blogger’s lawyer explained: it is forbidden until the court decision takes legal effect.”

During his criminal proceedings, Khovansky saw mass support on social media, with many tweeting updates on the comedian:

“Took to Twitter to let you know of another small victory: court allows Yury Khovansky to use the internet!!!!#KhovanskyNotTerrorist #SVOBODUHOVANSKY”

“Yury Khovansky: I am only guilty of wanting to be happy”

The news follows reports of popular Russian YouTuber and journalist Yury Dud being found guilty of gay propaganda among children, as reported on Tuesday, July 11.