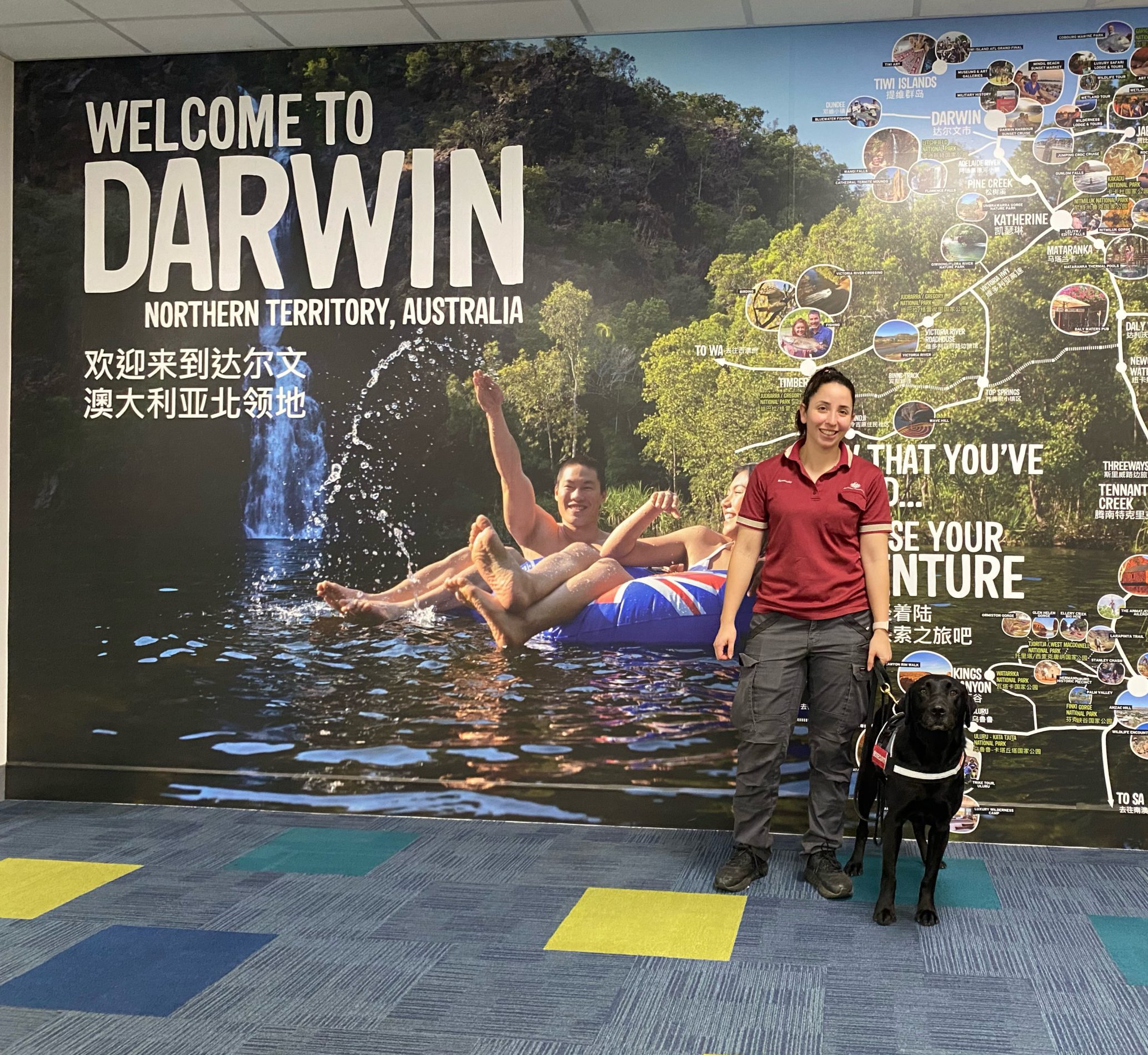 A passenger has been fined over undeclared McMuffins found in his luggage when arriving at Darwin Airport in Australia.

Murray Watt, Australia’s Minister for Agriculture, Fisheries and Forestry confirmed the news in a statement on Monday, August 1.

Zinta sniffed out the significant biosecurity breach last week and the returning passenger has been issued with a $2664 (€1817) infringement notice.

Detector dog, Zinta, responded to a passenger’s backpack and after further inspection, it was found they were carrying a variety of risk items including two sausage and egg McMuffins from McDonald’s in Bali and a ham croissant.

The seized meat products will be tested for foot and mouth disease (FMD) before they are destroyed.

The statement made by Muray Watt read: “This will be the most expensive Maccas meal this passenger ever has, this fine is twice the cost of an airfare to Bali, but I have no sympathy for people who choose to disobey Australia’s strict biosecurity measures, and recent detections show you will be caught.”

“Australia is FMD-free, and we want it to stay that way.”

“Zinta was placed at Darwin Airport as part of the Albanese Government’s tough new biosecurity defences, and it’s excellent to see she is already contributing to keeping the country safe.”

“Biosecurity is no joke it helps protect jobs, our farms, food and supports the economy. Passengers who choose to travel need to make sure they are fulfilling the conditions to enter Australia, by following all biosecurity measures.”

The passenger was issued a 12-unit infringement notice for failing to declare potential high biosecurity risk items and providing a false and misleading document.