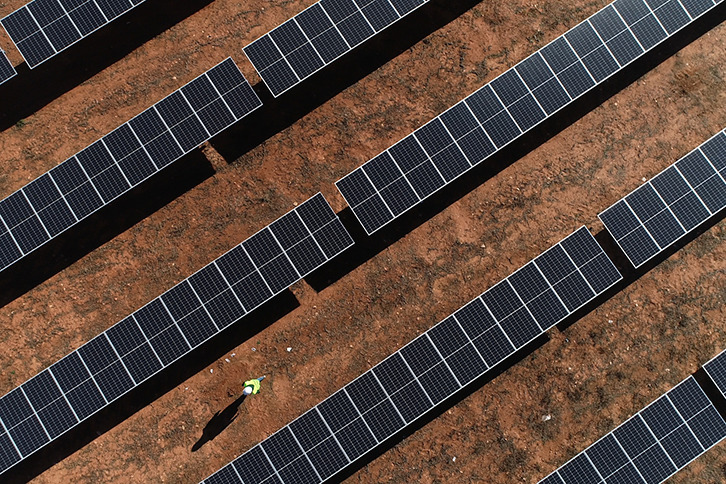 SPANISH energy company Iberdrola said it is “committed to the development of solar power” and revealed it is to add “1,400 new solar megawatts (MW) in Spain in the coming months […] leading the fight against climate change.”

Spain’s Iberdrola, which is based in Bilbao, is currently executing 12 solar projects, with a combined installed capacity of 550 MW, half of them located in Extremadura, where Iberdrola is building the Almaraz I and II plants (80 MW), which will be connected to the grid this year, and the Tagus complex in Alcántara, comprising four plants with a total capacity of 200 MW.

The company announced on Thursday, August 25 that it was also building six other facilities in Castilla y León and Andalucia using this technology, totalling 271 MW. These are the Villarino plant (50 MW) in Salamanca; the Guillena project (144 MW) in Seville; Cespedera (27 MW) in Cadiz; and Virgen de Aremos III (50 MW) in Palencia.

In addition, Iberdrola plans to start construction on another six projects this year that will provide 873 MW of new solar power in four autonomous communities: Ciudad Rodrigo (318 MW) in Salamanca; Fuentes (50 MW), Valbuena (50 MW) and Manantiales (30 MW) in Guadalajara; Peñarrubia (50 MW) in Murcia; and Cedillo (375 MW) in Cáceres.

Iberdrola ended the first half of the year with more than 2,200 MW of solar panel power installed in Spain, 800 MW more than the same period last year, representing an increase of more than 55 per cent in the period.

The new capacity has allowed the company to increase its solar production in the country by 125 per cent up to June, to 1,067 GWh. An amount that would have required some 184 million cubic metres of gas to be generated by a combined cycle.

Spain’s drive in the fight against climate change has allowed the group to “increase its global installed capacity in this technology by 56 per cent – which has reached 3,448 MW – and to reach a total production of 1 .870 GWh (the same amount of energy as that generated by more than 320 million cubic metres of gas),” it said.