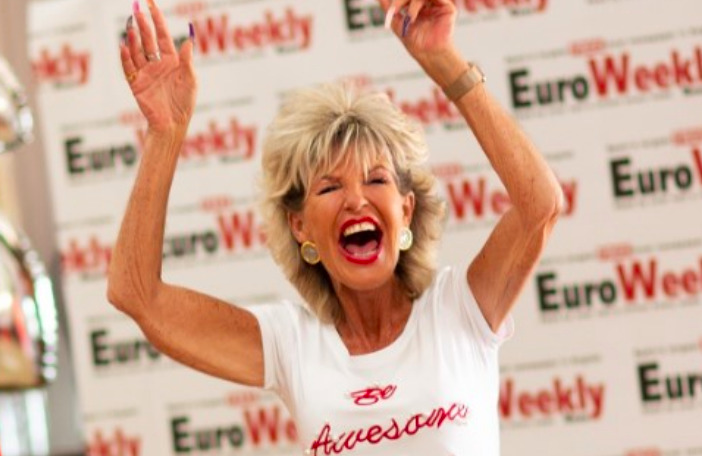 Michel Euesden and her husband Steven, an extremely happily married couple and co-founders of the Euro Weekly News, expatriated to Spain over 20 years ago attracted by the Spanish culture and way of life.

They are originally from Kent and Rochdale respectively, Michel unhesitant in her pride proclamation of her own northern roots. With the Euro Weekly News they have made it their ambition to deliver current events, lifestyle tips and informative articles to the Expat community in Spain to celebrate what made them decide to move to the Mediterranean country.

They both view the Euro Weekly News as “the people’s paper” and profess a strong passion for their local community as well as demonstrating their excitement to be able to extend their reach to other expat communities throughout six regions of Spain as the largest English-language newspaper in the country. For the last 23 years, the Euesdens have made it their goal to tell Spain to the British, from providing information on everything from VISAs to moving abroad, to whether or not you can bring your dog on holiday with you. (You can)

Brexit certainly threw a spanner in the works, and both Michel and her husband Steven have spoken about feeling excluded from the Brexit process due to their status as expats in another European country. With British expats making up almost a quarter of a million of Spain’s residents, many have been affected by new Brexit laws which have made British driving licenses invalid in Spain and many are concerned about losing their access to Spanish healthcare. It is things like this that both Michel and her husband Steven try to provide information on in the Euro Weekly News media in order to keep expats well informed of their own situation, as well as of the culture and legalities in Spain more generally.

At the seventh Costa International Women’s Day Conference, Michel herself expressed her intention to present positive news through the media outlet she built up from the ground with her husband to invigorate her readers and to provide an accessible news source that will bring a smile to people’s faces, whilst still remaining current and socially aware of international events.

Michel knows and recognises how important her relationship is with colleagues as well as with the community, stating that “there are 160 people every single month who rely upon that CEO (Michel) to do her job right”, which is “one hell of a responsibility”. However, it’s a responsibility that she shoulders with the utmost dignity, and is honoured to be the CEO of the finest Expat British Newspaper in Spain.