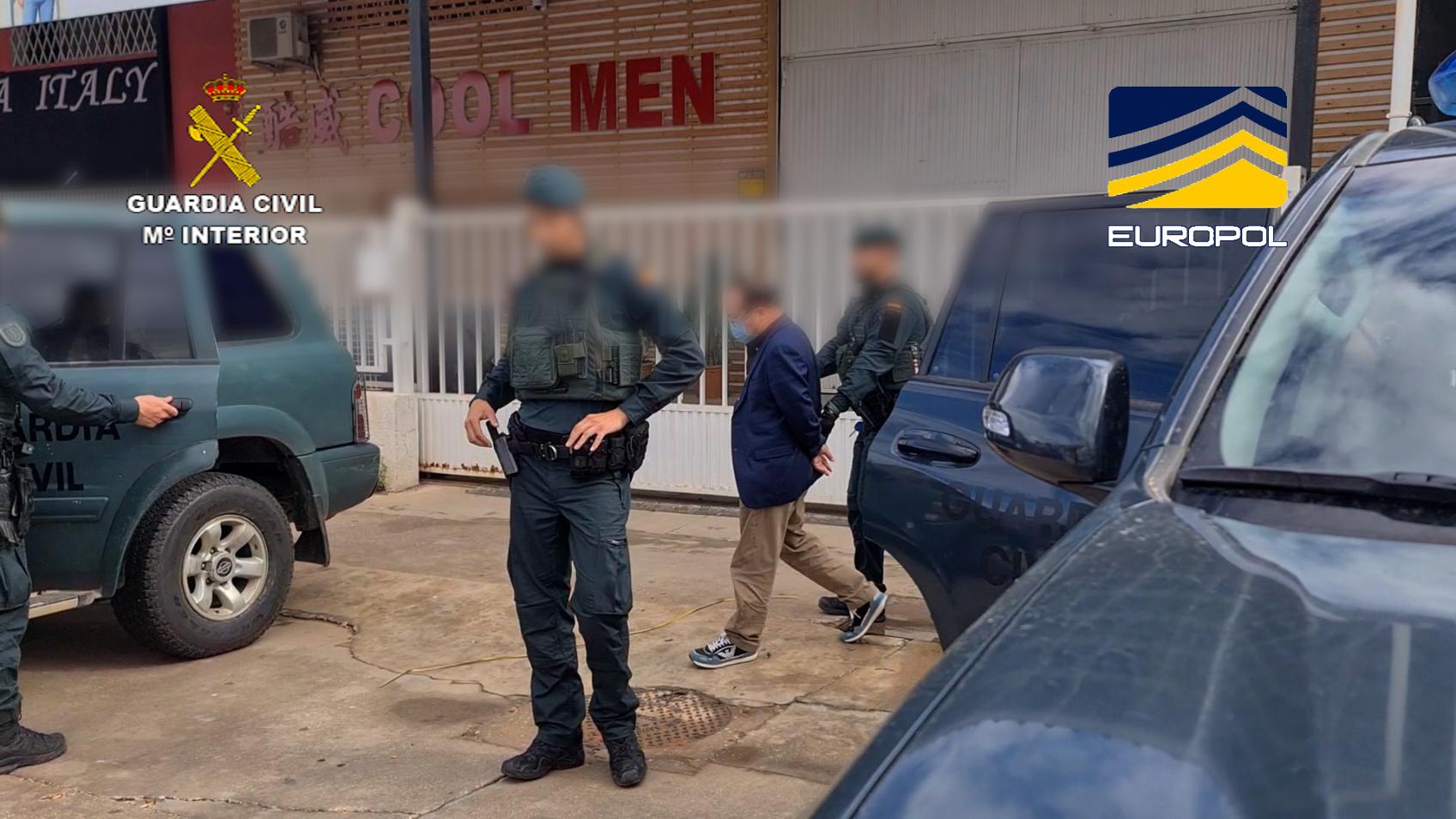 The Guardia Civil, in collaboration with EUROPOL and the German police LKA Hamburg, carried out a drug bust on  a powerful criminal organisation that transported large quantities of marijuana to Central Europe.

As a result of the EUROPOL drug bust 44 people have been arrested after 50 house searches and 650 kilograms of marijuana, 51 kilos of hashish, 4.2 million euros in cash, 26 vehicles and weapons have been seized.

Operation SCHULD began at the end of 2021 when the Guardia Civil detected in Malaga a person who had taken over the reins and the leadership in Spain of an important German family clan, based in Hamburg.

The individual was the brother of the former leaders of this clan, who had been imprisoned in Germany for organised crime and drug trafficking.

Now their objective was to rebuild the criminal infrastructure that the organisation had had on the Costa del Sol.

It so happened that those investigated were already known to the Guardia Civil, as this network had already been dismantled in 2018 in Malaga in the so-called operation Carambolas.

In that operation, two agents were seriously injured in Granada after being run over by the drug traffickers when they tried to flee at the time of the arrest.

The investigators identified a person of Moroccan origin, a delegate of the criminal network and a key player in its activity.

Through monitoring, it was found that this person received instructions under supervision from Germany, structuring the different cells of the organisation.

He was also in charge of obtaining the financing and the movement of cash for the development of the transport operations and the regular flow of marijuana and hashish consignments from Spain to Germany.

The organisation was structured in a complex network divided into echelons with a defined criminal role, with a headquarters and leadership exercised from Hamburg (Germany).

Meanwhile, the hashish and marijuana supply network was located in the provinces of Malaga and Granada.

The large amounts of money to pay for the drug consignments were transferred from Germany through the “Hawala” system, using retail businesses linked to people of Asian origin located in the province of Malaga and other residents in Madrid.

Once the money was collected by “couriers”, it was transported in vehicles with sophisticated double bottoms with hydraulic opening until the “payment” of drug consignments was made directly to the “suppliers”.

For the collection and delivery of the money, previously established passwords were used.

Subsequently, the drug consignments hidden in kindergartens were transported weekly to Germany on a regular and constant basis with cover transport companies located in the province of Zaragoza.

For this purpose, they used large international goods trucks or caravans, pretending to be tourist activities.

At the end of last year, several shipments to Europe were intercepted, one in the province of Huesca with 100 kilograms of marijuana and two detainees, and another in Granada with 250 kilos and two more detainees.

Between January and February 2022, investigators focused on finding out payment and financing methods, the organisation’s activity through the “Hawala” system, intercepting up to three “couriers” in Lepe (Huelva), Malaga and Loja (Granada), and seizing an amount of more than 1.1 million euros.

In March 2022, the considered leader of the organisation travelled from Germany to Malaga to give instructions and directly supervise one of the shipments, in which a rented heavy-duty refrigerated lorry was to be used.

His plan was foiled when the lorry was intercepted and its driver, of Polish origin, was arrested at the La Jonquera border crossing (Gerona), 167 kilograms of marijuana hidden in a legal load of oranges being seized.

Shortly afterwards, another caravan chartered by the criminal organisation was intercepted in France, carrying 123 kilograms of marijuana, and two more people were arrested.

The weight of the operation has been carried out by agents belonging to OCON SUR, coordinated with EUROPOL and LKA Hamburg; supported by agents from UCO, CRAIN, UPJZ Cataluña, Guardia Civil Commanders of Málaga, Zaragoza, Huesca, Granada, Huelva and Cádiz; with the participation of the Special Intervention Unit (UEI), Rapid Action Group (GAR) and Reserve and Security Groups (GRS), as well as agents from the Cinological Service.

The news of the EUROPOL drug bust follows reports of Spain’s National Police catching a group of Georgian burglars in Castellon, who were wanted for multiple burglaries ranging from Malaga to Poland, as reported on Thursday, September 8.