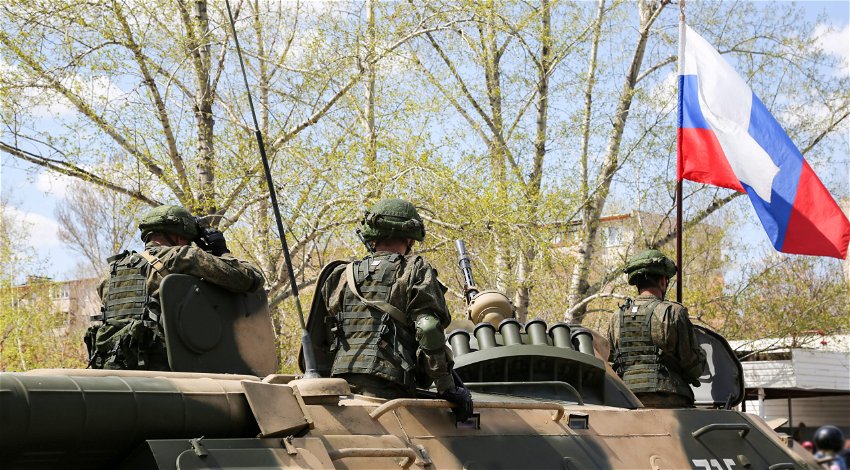 Russia’s Ministry of Defence issues and update on the progress of the “special military operation in Ukraine”, on Friday, September 30.

According to Russia’s latest update on the special military operation in Ukraine, a high-precision strike by the Russian Air Force near Dnipropetrovsk destroyed the assembly facilities for the Ukrainian Grom-2 and Tochka-U tactical missiles on the territory of the Yuzhny Machine-Building Plant production association.

Up to two hundred nationalists, 23 pieces of military equipment and over 30 tonnes of ammunition for barrel and rocket artillery were destroyed by missile strikes on the temporary deployment sites of the units of the 81st Air Mobility Brigade of the Ukrainian armed forces and a rocket and artillery weapons depot of the 80th Airborne Assault Brigade of the Ukrainian armed forces near Kramatorsk, Donetsk People’s Republic.

Operational and army aviation, missile troops and artillery struck units of the 26th Artillery Brigade and 59th Motorized Infantry Brigade of the Ukrainian armed forces in the vicinity of Zakotnoye populated areas of the Donetsk People’s Republic and the city of Mykolaiv overnight.

The 128th Mountain Assault Brigade of the AFU and the 121st Territorial Defence Brigade in the areas of Osokorivka in the Kherson region and Vremevka in the Donetsk People’s Republic, the 66th and 93rd mechanized brigades of the AFU in the area of Redkodub in the Donetsk People’s Republic as well as 61 artillery units at firing positions, human resources and military equipment in 148 areas.

Six depots of rocket and artillery weapons and ammunition were destroyed near the settlements of Mayaki in the Donetsk People’s Republic, Lezhino in Zaporizhzhia region, Pavlograd, Kolomiytsevo in Dnipropetrovsk region and the city of Mykolaiv as well as two field fueling stations of the 93rd AFU mechanized brigade near the settlement of Redkodub in the Donetsk People’s Republic.

In Mykolaiv Region, a mobile group of the Ukrainian armed forces’ electronic reconnaissance centre was destroyed near the village of Chervonyi Stav.

Also, a platoon of American HIMARS multiple-launch rocket systems was hit during counter-battery warfare near the town of Mykolaiv.

The Russian Air Force fighter aircraft near the village of Kleshcheyevka in Donetsk People’s Republic shot down a MiG-29 of the Ukrainian air force.

Another Ukrainian Su-25 was destroyed by Russian air defence assets near the village of Terniye Podi, Mykolaiv region.

All in all, since the start of the special military operation 309 aircraft, 155 helicopters, 2,112 unmanned aerial vehicles, 377 surface-to-air missile systems, 5,153 tanks and other armoured combat vehicles, 856 multiple rocket launcher vehicles, 3,440 field artillery guns and mortars, and 5,988 pieces of special military vehicle equipment have been destroyed.

The Kyiv regime continues provocations to threaten a man-made disaster at the Zaporizhzhia nuclear power plant.

Ukrainian artillery has once again shelled residential areas of the town of Energodar and the territory adjacent to the nuclear power plant.

The strikes were launched from the area of the Ukrainian Armed Forces-controlled settlement of Nikopol in Dnipropetrovsk Region.

The radiation situation is normal.

The news comes after Russia’s Ministry of Defence issued an update on the progress of the “special military operation in Ukraine”, on Tuesday, September 27.