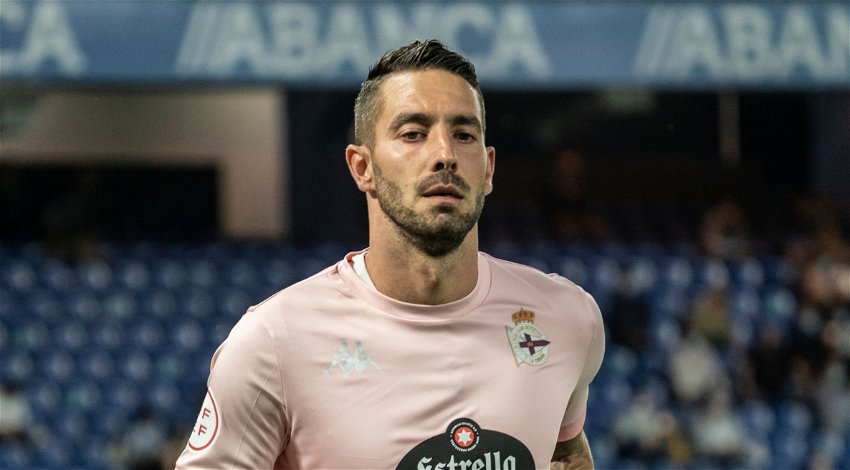 Spanish goalkeeper Ian Mackay opens up about recent collapse at his home and what cardiologists said. Image: Manuel Boutureira/Shutterstock.com

SPANISH goalkeeper Ian Mackay, who plays for Deportivo de La Coruña, has opened up about his recent absence from the team and revealed it was because he collapsed at his home.

Coruña’s goalkeeper Ian Mackay told the media on Thursday, October 13: “On Thursday (October 6) I was having dinner and I collapsed.”

He added: “I felt bad and we went to the hospital. I spent the night there and was discharged the next day. I took tests and was waiting for the results so that the cardiologist gave me the ok to be able to return to physical activity.

“Luckily yesterday I got the results and now I have permission to return to training.”

“I’m now one hundred per cent,” he continued.

“It was a scare, something that had never happened to me, but the peace of mind of being cared for by all the doctors and seeing that everything is fine is a relief.”

The 36-year-old added” “I was afraid that the results would go wrong. It was only that day and at that moment. It’s normal for the doctors to want to do a lot of tests. My annoyance was that I couldn’t help the team but I didn’t have medical permission to play and travel, as is logical,” as reported by laopinioncoruna.es.

The news of the goalkeeper’s collapse comes after months after Argentian tennis star Camilo Ugo Carabelli collapsed the night before playing world number 9 Felix Auger-Aliassime ahead of his second-round game at the 2022 French Open event.

Speaking to reporters on Wednesday, May 26, the young Argentinian told reporters that after defeating Russian player Aslan Karatsev in the first round, he returned to his hotel room but was later found lying on the bathroom floor covered in blood.

“I don’t know how, I don’t remember anything,” he said at the time.

“My coach picked me up. I was face down, lying on the floor, with my shoulder marked and my face covered in blood. It looks like I passed out, brushed against the wall with my shoulder and fell on my face to the ground.”