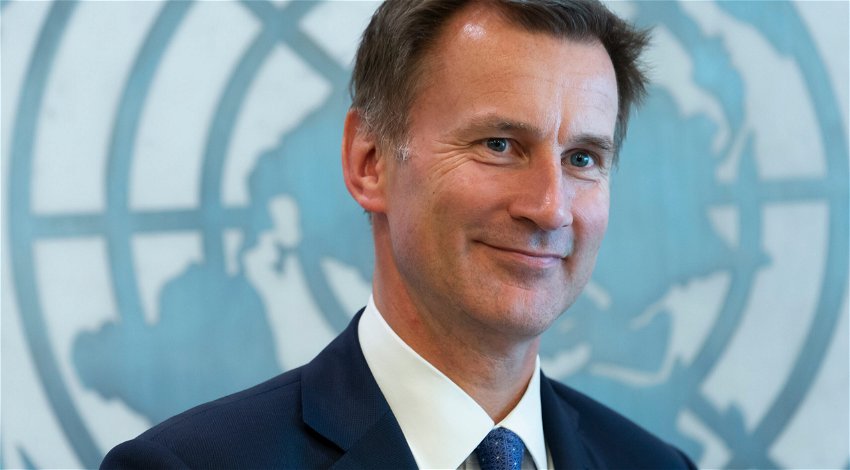 Euro Weekly News brought you coverage of Jeremy Hunt’s address regarding the UK’s medium-term fiscal plan, in which he scrapped plans to reduce the basic rate of income tax from 20 per cent to 19 per cent in April 2023.

“It is a deeply held Conservative value, a value that I share that people should keep more of the money they earn,” he said.

“But at a time when markets are rightly demanding commitments to sustainable public finances, it is not right to borrow to fund this tax cut.

“So I’ve decided that the basic rate of income tax will remain at 20 per cent and it will do so indefinitely until economic circumstances allow for it to be cut.

“Taken together with a decision not to cut to corporation tax and restoring the top rate of income tax. The measures I have announced today will raise every year around £32bn.”

“But beyond that and prime minister and I have agreed it would not be irresponsible to continue exposing public finances to unlimited volatility in international gas prices.

“So I’m announcing today a Treasury led review into how we support energy bills beyond April next year.”

Hunt also said during his fiscal plan pre-announcement that ‘almost all’ tax cuts from Kwasi Kwarteng mini-budget (which was announced three weeks ago) would be reversed.

“We will reverse almost all the tax measures announced in the growth plan three weeks ago that have not started parliamentary legislation,” he said.

“So whilst we will continue with the abolition of the health and social care levy and stamp duty changes, we will no longer be proceeding with the cuts to dividend tax rates, the reverse of payroll working reforms introduced in 2017 and 2021, the new VAT free shopping scheme for non UK visitors, or the freeze on alcohol duty rates.”

“The most important objective for this country right now is stability,” Hunt said.

Following chats with UK Prime Minister Liz Truss over the weekend, the UK government decided to move forward with plans to reveal the fiscal plan on October 17, which will be released in full on October 31.

Hunt was only appointed to the role on Friday, October 14, following the sacking of Kwasi Kwarteng.

Pressure is already on the new Chancellor to deliver as Truss faces calls for resignation.

On Sunday, October 16, Conservative MP Jamie Wallis became the latest person to call on the prime minister to resign.

In a tweet, he said: “In recent weeks, I have watched as the government has undermined Britain’s economic credibility and fractured our party irreparably. Enough is enough.

“I have written to the prime minister to ask her to stand down as she no longer holds the confidence of this country.”

Before that, Andrew Bridgen publicly called for Liz Truss to go.

Speaking to the Telegraph, he said at the time: “We cannot carry on like this. Our country, its people and our party deserve better.”

Bridgen, the MP for North West Leicestershire, had gone public earlier in the day on his blog, writing: “Liz has sunk her own leadership and her predecessor’s potential comeback at the same time, all in record time.

“Beleaguered Liz Truss has now run out of friends. She only ever had the support of a third of the elected MPs. We should expect more fireworks in Parliament this week. Unless this is resolved quickly, we are heading for a general election.”