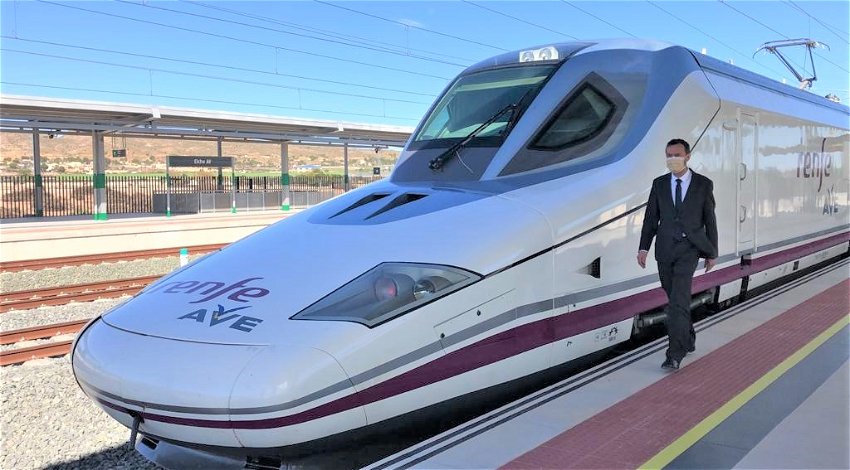 A bachelor party has ended in court where eleven partygoers were told they had to compensate other passengers after they caused a delay to the AVE train on which they travelled.

According to a report by news site LaVanguardia on Monday, October 24 the train travelling from Madrid to Malaga was held up in Cordoba after police were called.

Each of the revellers was told by the court that they had to pay €700 to cover the cost to Renfe who had to reimburse passengers for the delay of 23 minutes.

According to court papers the individuals went on an uncontrolled spree that quickly gave way to shouting, struggles and the subsequent intervention of the Police.

Among the complaints were that the individuals ran through the train shouting, singing and banging on the walls of the train. Although the train manager did ask the revellers to refrain from their actions they persisted, resulting in the police being called.

According to the judgment, “the defendants took the opportunity to definitively climb their private party in the train cafeteria, where they were drinking, dancing, singing and shouting at full volume and in a totally uncontrolled manner.”

The ruling by the court will be widely welcomed with unruly passengers a problem on many lines, causing both disruption to services, as well as irritation and uncomfort for those travelling at the time.

The court in its ruling said it was not for the train company to hire security nor for them to close the dining car at the expense of other passengers, resulting in the ruling that the bachelor party partygoers have to compensate other passengers for the delay in their service.