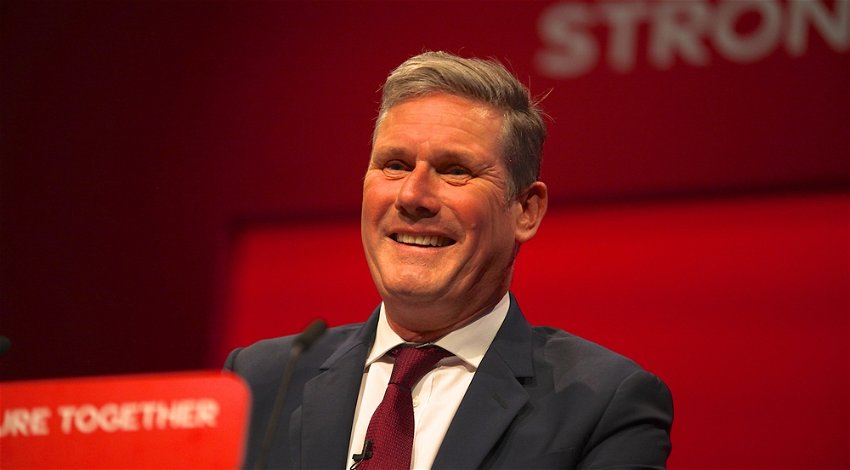 Sir Keir Starmer has pledged to make BREXIT work during a live programme on LBC radio, saying that there is no going back.

The interview on Monday, October 24 saw Starmer deal with a number of issues saying it was “time to move on from the chaos of the Tory government.”

Speaking about the news that Boris Johnson had returned to the UK with the intention of standing for the leadership role (he has since withdrawn his bid) he said: “it was never going to work.”

He added: “Millions of people are worried about paying their bills, now they have got mortgage payments higher than they might be, they are fed up to their teeth.

“I don’t think people should be locked out of the choice (of government).”

Responding to a caller who asked whether if he were elected, he would rejoin the EU he stated “no.”

For the first time in public he said: “John, it’s a straight no from me. We’re not going back into the EU.

“That isn’t the position of my party. That isn’t what an incoming Labour government would do.

“We do think that we should make Brexit work. I think all that’s happened so far is we’ve got Brexit done in the sense that we’re out of the EU.

“I think we’ve got to make it work now. And that does mean reducing those barriers to trade, fixing those problems in relation to the Protocol in Northern Ireland and having more cooperation on security.”

“But John, on your fundamental question of going back into the EU, it’s a straight no.

The response by Sir Keir Starmer who has pledged to make BREXIT work will be welcomed by those who have felt that he has sat on the fence for too long, although it will not be welcomed by everyone.