UPDATE: The Ryanair ground staff strike has been called off, for now 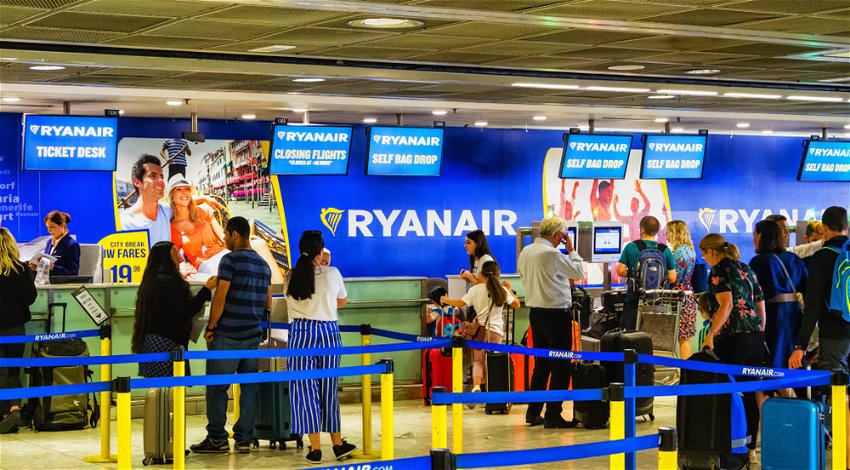 10:41 (October 28) – The Ryanair strike due to start today has been called off with the union USO calling the company’s tactics abusive.

The union said that the minimum services requested by the company, make it “impossible for the workers to carry out the strike.”

Today was supposed to be the first day of action that was called to try and kick start the negotiation of the first collective agreement of Ryanair’s ground staff, which has been on hold since 2020.

A statement issued by the union said they would be relooking at the issue and would agree further action in the coming days.

The strike called by Vueling workers will, however, continue as planned.

20:19 (October 26) – Ryanair ground staff are to go on strike starting on October 28, with all Azul Handling Group companies affected including Ryanair DAC and Ihandling Aviation Airlines.

The USO-Air Sector union said on Wednesday, October 26 that strike action will continue until January 2023 and will affect the following airports:

A statement issued by the union said that the collective agreement needed to be renegotiated with discussions having been put on hold since 2020.

Partial stoppages will take place every Friday, Saturday and Sunday in November from 4 to 7 am, from midday to 3 pm and 9 to 11 pm.

Finally 24-hour strikes have been called for January 6 and 8.

Among the demands according to RTVE are the regularisation of allowances according to the CPI of 2021 or the delivery of complete uniformity in time and form for all contracted personnel.

They have also demanded the regularisation of shift publication to provide regular days for full-time workers, as well as paid leave for attending medical appointments and court cases.

Similar strike action to be taken by Ryanair ground staff will also be taken by the USO staff at Vueling Airlines.