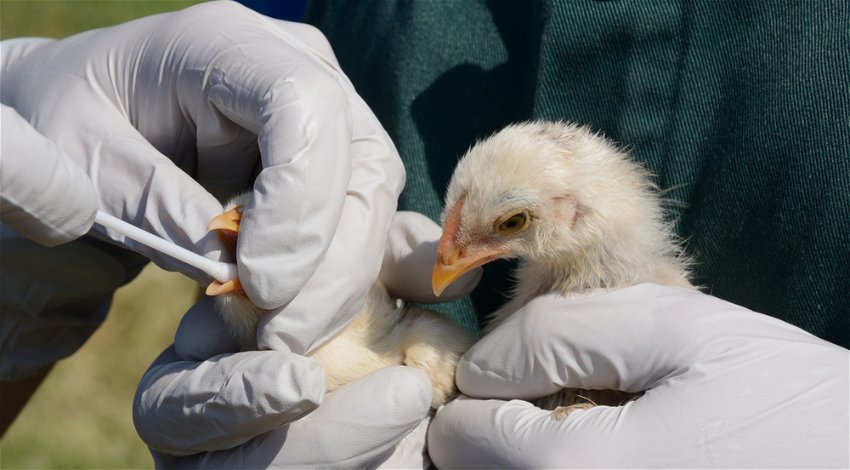 16:12 (October 31) – The chief veterinary officer in England has ordered all bird keepers and poultry producers to move their animals indoors.

The updated requirement on Monday, October 31 follows news that the bird flu pandemic in the country is worsening.

From next week Monday, November 7 all birds and poultry will need to be kept indoors, no matter small or large the flock. That means even those who keep song and exotic birds will be required to keep them indoors as the country struggles to contain the disease.

The strict biodiversity measures introduced earlier this month will also remain in place.

The mandatory housing measures have been stepped up by the UK’s chief veterinary officer, making it a legal requirement to keep the animals inside and to follow stringent biosecurity measures to help protect flocks from disease.

At the heart of the issue is the rising cases of bird flu amongst Britain’s wildbird population, the risk of which was raised to “very high” this week.

The Chief Veterinary Officer Christine Middlemiss said: “We are now facing this year the largest ever outbreak of bird flu and are seeing rapid escalation in the number of cases on commercial farms and in backyard birds across England.

“The risk of kept birds being exposed to disease has reached a point where it is now necessary for all birds to be housed until further notice.

“Scrupulous biosecurity and separating flocks in all ways from wild birds remain the best form of defence.”

Middlemiss confirmed that the rules apply to all bird owners, whether they keep a few birds, or thousands, as this is the only way to protect the bird population.

The rise in bird flu has prompted some to warn that turkeys may be in short supply this Christmas, whilst others are culling early over concerns that they may lose their flock if the situation deteriorates.

Poultry in the UK has already jumped in price with further hikes expected the longer the danger of bird flu exists.

19:24 (October 17) – Britain is now under strict biosecurity measures after the chief veterinary officer declared a prevention zone across the whole island.

The announcement on Monday, October 17 and as covered by Sky News makes it a legal requirement for anyone with a flock of 500 birds or more to implement strict biosecurity measures.

This follows news that the outbreak of avian flu is the biggest to ever hit the British Isles with both wild and farmed birds affected.

Statistics provided by DEFRA say there have been 190 confirmed cases since late October 2021, with over 30 of those confirmed since the beginning of the month.

A joint statement issued by the chief veterinary officers for the home nations said: “Bird keepers have faced the largest ever outbreak of avian flu this year and with winter brings even more increased risk to flocks as migratory birds return to the United Kingdom.

“Scrupulous biosecurity and hygiene measures are the best form of defence, which is why we have declared an Avian Influenza Prevention Zone (AIPZ) across Great Britain, meaning that all bird keepers must take action to help prevent the disease spreading to more poultry and other domestic birds.

“The introduction of an AIPZ means regardless of whether you keep a few birds or thousands, you are legally required to meet enhanced biosecurity requirements to protect your birds from this highly infectious disease.”

According to the Food Standards Agency and the UK Health Security Agency (UKHSA), risks to the general public are very low. Poultry products sourced in the UK are safe to eat but should be properly prepared and cooked.

The news that Britain is now under strict biosecurity measures will add to the pain of farmers already struggling with soaring production costs.