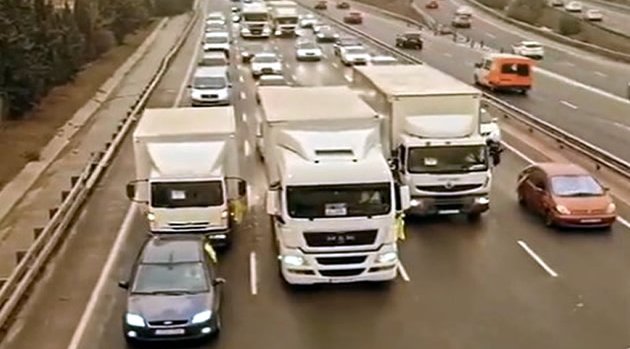 Plans for possible new strike action have been announced by the union that represents autonomous transport workers in Spain.

The Platform for the Defence of the Transport Sector, the organisation of autonomous carriers that convened strike action across Spain back in March, has today, Monday, October 31, announced that new strike action is being contemplated.

Shippers continue to pay rates below cost it maintained, forcing drivers to load and unload their lorries. This violates the regulations that were brought in by the Ministry of Transport in the current legislation after the previous industrial action, as reported by laopiniondemurcia.es.

As reported by Esther Sampietro, the Platform’s delegate in Murcia, companies “threaten” to stop hiring lorry drivers who refuse to accept their demands. “They put you on a blacklist and they don’t call you back”, she explained.

A meeting of the Platform’s provincial delegates was held in Madrid last Saturday 29. As a result, the union has summoned the carriers of Murcia and Alicante to a joint assembly. This will take place at 5pm next Saturday, November 5, in the La Granadina industrial estate in the Alicante town of San Isidro.

The objective of the call is to inform carriers to decide whether or not they consider a new indefinite strike to be appropriate.

In addition to the breach of the reforms agreed upon with the Ministry, the call also refers to the reforms that the Administration is preparing, such as the establishment of tolls on highways.

Esther Sampietro maintained that “the shippers do not comply with the law”, and force the carriers to transport “freight below cost”. She also affirmed that they are not responsible for “the exorbitant increases that consumers are paying”, but rather the intermediary companies, which “have no lorries”.

A reform of the Transport Regulation introduced after the last strikes, called as a result of the increase in the price of diesel, allowed carriers to review the contracts they had signed with the distribution companies to adapt the rates to the rises that fuels have experienced.

In mid-March, after the invasion of Ukraine, the Platform began a strike that lasted until the first weeks of April. This action caused a severe shortage of some products in supermarkets. It also blocked the distribution of petrol and cereals from the port of Cartagena. That led to the intervention of the Guardia Civil who subsequently escorted the lorries.

Samprieto added that “there are loaders that force drivers to load and unload, and if they refuse, they threaten not to pay for the freight. What we want is for the government to demand that the law be followed. The only thing we ask is that you oblige them just as you require us to have all the papers in order”.

It holds the Government responsible for non-compliance and demands more controls from the Guardia Civil to monitor the conditions established in the contracts and prevent rates from being applied below costs.