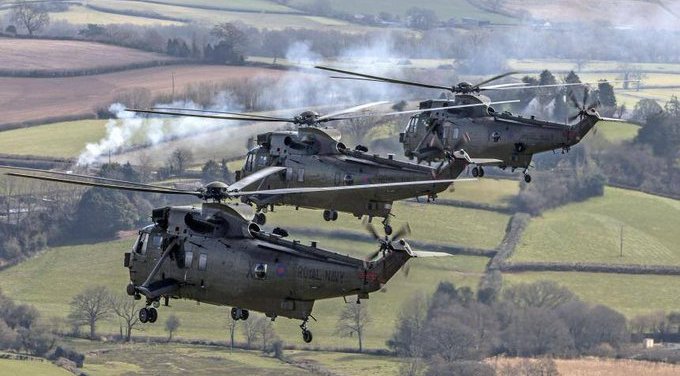 The UK is providing Ukraine with helicopters for the first time according to Defence Secretary Ben Wallace.

Announcing the supply on Wednesday, November 23, Wallace said that the first Sea King has already been delivered and was in activity duty. He added a further two are being readied and will be delivered shortly.

The delivery of the helicopters sees an escalation in the support being provided to Ukraine with the Sea King, a workhorse since the 50’s, having proved effective in many combat situations including Iraq and Afghanistan.

Essentially an anti-submarine aircraft, the Sea King is also an excellent utility helicopter that has also been used in search and rescue missions.

🚁 We're sending helicopters to Ukraine for the first time.

Three Sea King Helicopters- once used by the British Military- as well as 10,000 artillery rounds and winter kit, will help Ukraine in their fight against Russia's illegal invasion.

Speaking on a visit to Norway he said: “Our support for Ukraine is unwavering. These additional artillery rounds will help Ukraine to secure the land it has reclaimed from Russia in recent weeks.”

It is understood that training has already been provided to the Ukraine armed forces on the use of the Sea Kings and in the use of the additional 125 anti-aircraft guns being provided.

The MoD said in its daily update that Russia was probably close to exhausting its stock of Iranian-manufactured drones, which the weapons being provided would help to destroy.

Find out more about the UK government's response: https://t.co/Eog9qjtRCF

The announcement of more support comes on the same day that the EU declares Russia a state sponsor of terrorism, and on the same day it proves that it is by bombing more civilian facilities including a hospital.

With the UK providing Ukraine with helicopters and other nations with anti-missile defence systems, the war is taking a different turn that has resulted in Russia resorting to criminal activities in trying to bomb the local population into submission.