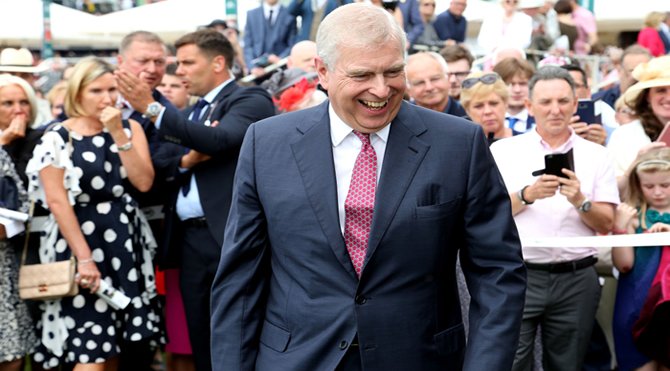 Prince Andrew is reported to be ‘furious’ after he was informed that he will lose his British taxpayer-funded security detail next month.

After being informed by ministers that he will lose his taxpayer-funded police protection next month, Prince Andrew is said to be ‘furious’, according to metro.co.uk, today, Sunday, November 27.

It is believed that the Duke of York could try to launch an appeal against the decision. The security detail currently accompanies him whenever he leaves the Windsor royal estate. His bodyguards cost the British taxpayers around £3 million annually and the report said that Andrew allegedly believes this should continue to be funded by the public.

King Charles recently made it clear that he intends to distance himself from his disgraced younger brother. It was claimed that during a face-to-face meeting in Scotland before the Queen passed away that Charles informed him he would never be allowed to return to Royal duties.

Following the legal action brought against Andrew by Virginia Guiffre for alleged sexual abuse, he was stripped of his royal duties by the Queen.

A former armed protection officer recently told The Sun that Prince Andrew was not the nicest of people. Paul Page worked for six years protecting members of the Royal Family. “Andrew has questions to answer – but I don’t think he will ever be in a position where he will have to answer them because of who he is”, he told the publication.

“He’s got the ‘HRH’ title in front of his name, Ghislaine hasn’t – where is she? Jail. Where is he? At home. He’s a self-absorbed, obnoxious, horrible little man who is disrespectful to those below him”, he added.

It was also recently revealed to The Sun by a palace insider that Andrew owned a collection of stuffed teddy bears. They were allegedly kept on his Buckingham Palace bed and if staff sometimes arranged them incorrectly, he would ‘shout and scream’ at them. “Maybe they were presents from his daughters or Fergie, but it’s still strange”, the insider told the paper.