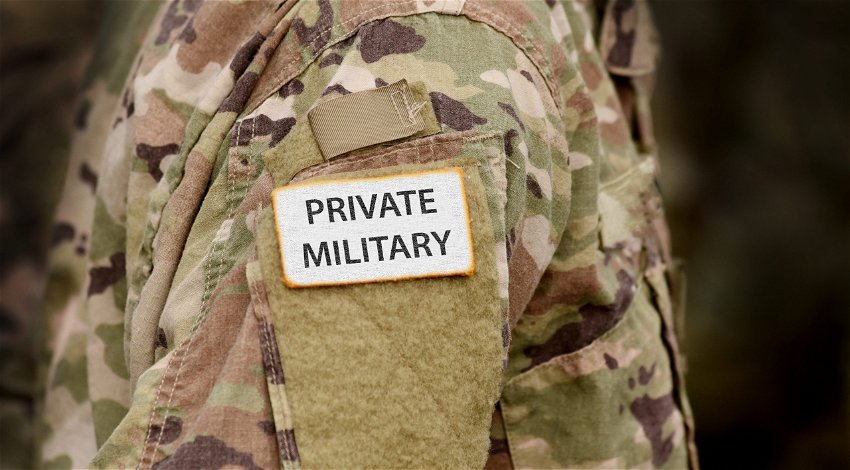 Image of a private army badge on a soldier. Credit: Bumble Dee/Shutterstock.com

Mercenaries fighting for the infamous Wagner Group in Ukraine have allegedly been abandoned on the front lines by their Russian commanders without food or ammunition.

Mercenaries recruited by the infamous Wagner Group claim to have been abandoned by their commanders in the Donbas region of Ukraine, according to a report by the Daily Beast on Monday, November 28.

Two ex-fighters from the Central African Republic (CAR) told the publication that around 100 recruits were sent directly to the front lines of the conflict to fight for Russia. This was after a short period of training at a Wagner military camp back in February.

Referred to as ‘Black Russians’ in Ukraine, they said they have managed to speak with their colleagues. The deployed men told them they believe they now face hunger and death after allegedly being left without ammunition or food supplies. The two sources revealed that the men have been stealing from Ukrainian civilians in order to survive.

Changing their real names to avoid being identified, Hassan and Ali – neither of whom went to fight in Ukraine – explained what was going on.

“Some of our colleagues have called us to inform us that the Russian soldiers who took them to eastern Ukraine deployed them to a particular town and left them to fight on their own. As we speak, they haven’t been paid for months and they can’t even feed themselves”.

“But our people are now saying that they have been left on their own by their Russian commanders. No one is looking after them. They’ve told me that they don’t even have ammunition to fight. Some of them have not been seen by their colleagues for months”, continued one of the soldiers.

It is claimed that Yevgeny Prigozhin’s private army hired around 100 mercenaries from the Union for Peace (UPC) rebel group in the CAR. The rebel fighters were originally brought together to interfere in a general election in the country as part of a coalition army in 2020.

When the government started gaining the upper hand incentives were offered to the UPC rebels last December in return for laying down their weapons. Taking advantage of this situation, the Wagner Group moved in and offered them an alternative solution of signing up to fight for them.

Since signing up for the Wagner Group, around 50 of these recruits have allegedly ‘mysteriously disappeared’. All enquiries to their whereabouts have apparently been met with a wall of silence by Russia.