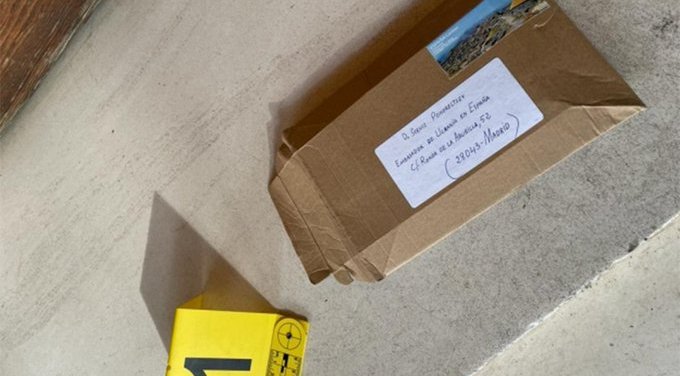 Spanish police officers investigating the letter bombs sent to various locations across the country this week suspect they came from the same origin in Valladolid province.

Spanish police investigators looking into this week’s deliveries of letter bombs to different diplomatic headquarters and authorities across the country, revealed today, Saturday, December 3, that they all originated from the province of Valladolid in the northwest interior.

Police sources explained that the authorship of all the shipments seemed to correspond to the same origin. They added that, at the moment, nobody has been identified as a possible suspect or suspects, nor has there been any action requested from the court.

As reported by larazon.es, citing sources familiar with the case, officers investigating the sending of the letter bombs to different people and entities are believed to be working with the hypothesis that: “we are dealing with a lone wolf with extensive knowledge, well trained and not an organized group”.

On Friday 2, the Central Court of Instruction No4 of the National Court received the first complete report on the case. It was presented by the General Information Commissioner of the National Police that is conducting the investigation.

According to La Razon, Judge Jose Luis Calama is already analysing the details to decide whether he needs to initiate proceedings.

One of the suspicious letters in question was sent to La Moncloa in a package addressed to the Prime Minister, Pedro Sanchez. Another three similar letters were received in Madrid, at the Ukrainian Embassy, ​​at the Ministry of Defence and at the Torrejon de Ardoz military air base.

There were at least two others. A fifth letter arrived at the Instalaza company, which manufactures weapons, and the sixth at the United States Embassy in Madrid.