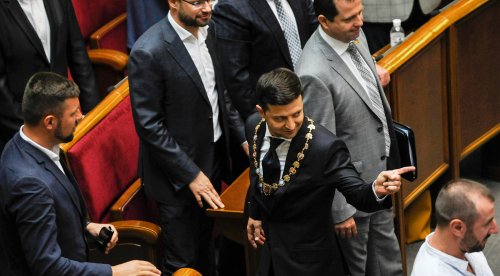 A new report suggests that Russia’s plan was to invade and overrun Ukraine in tend days, to take over its parliament and to kill its leaders.

The report published by the British Royal Defence Research Institute (RUSI) on Friday, December 9 suggests that the Kremlin’s plans were take control of Ukraine and in time to announce its annexation. This it intended to do once it had fully occupied the country, possibly as late as August 2022.

But RUSI say, the Russian hierarchy made many mistakes and in particular chose the wrong course of action.

The report is based on an analysis of the early stages of the invasion, which saw Russian enter Ukraine in February 2022 after a yearlong build-up of troops on its border.

Ukrainian intelligence and a number of other unnamed sources are said to have contributed to the report, which points to the Russian special services having planned the invasion. They are also said to have been assisted by a small group within the presidential administration, including senior members of the military.

It is believed that the plan by the FSB (Federal Security Service) was to distract the Ukrainian forces by engaging them on the border between the two countries. That would then provide them with very little resistance in their efforts to take Kyiv.

The belief is that based on their intelligence and local opinion polls, Ukrainians were “politically apathetic” and prone to “distrust of its leaders.” What they didn’t expect is the invasion to galvanise the country behind President Volodymyr Zelensky.

But Ukraine were up to the task quickly dispersing its arsenals, air force and defence systems. They were also successful in holding up the Russian’s advance on Ukraine.

Contrary to expectations, the Ukrainian leadership did not flee but rather stood and fought back. That made the job of the FSB who were supposed to dispose of them and take over the infrastructure and financial system of the country more difficult.

Whilst Vladimir Putin said yesterday the attacks on Ukrainian infrastructure were in return for the attack on the Crimean Bridge, RUSI say that it is clear Russia always intended to subdue the population in this way.

Had the West not intervened and supplied much need longer range equipment the plan might’ve worked, but not within the planned timeframe.

According to the report: “The Ukrainian armed forces were able to compete against their adversaries not because they had superior equipment in the initial phases of the war, but because they knew how to adapt.”

Conversely they say Russian forces have been slow to adapt and had fixated on ground offensives. Much of that fixation continues although they have taken to using long range weapons to target the power supply and key army installations.

The report that says Russia’s plan was to overrun Ukraine in 10 days and kills its leaders, makes it clear that the survival of Ukraine is reliant on continued support from its international allies.