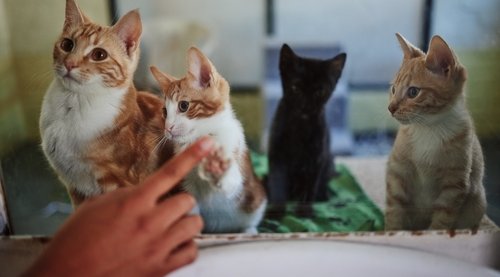 The state of New York has moved to put an end to wholesale breeding by banning the sale of pets in stores.

The ban, which comes into force in December 2024, sees the state join California, Illinois and Maryland in enforcing bans to tackle the countrywide problem. Importantly the ban attracted cross-party support, ensuring its longevity.

On Friday and Saturday, December 17, animal charities took to social media to welcome the ban although some businesses have complained to will destroy legitimate operators.

Under the new law, shops will not be allowed to sell dogs, cats and rabbits but they will be able to work with charities in the rehoming of pets.

The American Society for the Prevention of Cruelty to Animals Chief Executive Officer Matt Bershadker said it was a “historic win” for both animals and consumers.

“By ending the sale of cruelly bred puppy mill dogs in state pet shops, New York is shutting down the pipeline that enables retail sellers and commercial breeders to profit from unconscionable brutality.”

However, a report by the New York Times suggested that the trade could be pushed underground with Jessica Selmer, president of People United to Protect Pet Integrity saying: “By ending licensed and regulated local pet stores, you will remove the people who vet breeders, ensure the health of newly homed pets with established veterinarians, and guarantee the success of a new pet family.”

That view is supported by the more than 80 shops that currently sell pets, the number has fallen in recent years. They say that people will end up going directly to breeders, not all of whom are ethical.

New York not only joins a number of other states as it bans the sale of pets in stores, it joins a growing list of countries around the world taking steps to crack down on the trade.