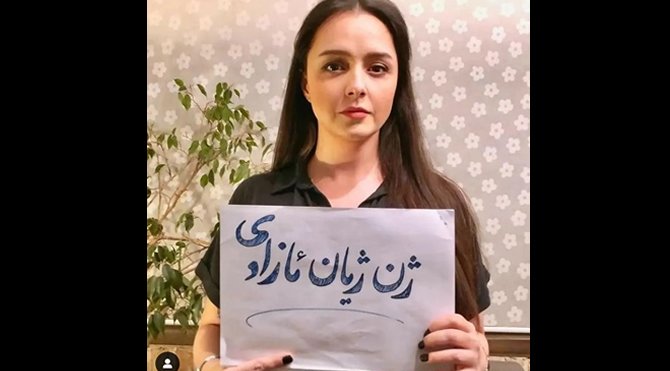 Taraneh Alidoosti, one of the most prominent Iranian actresses has been arrested over her online support for the ongoing protests across the country.

Taraneh Alidoosti, the prominent Iranian actress was arrested by Iran’s security services today, Saturday, December 17, over her continued support for the protests that have swept the country for the last three months.

The 38-year-old has been very vocal on social media, with the state-run Tasnim news agency claiming she had been detained for: ‘publishing false and distorted content and inciting chaos’. Protests have been going on in Iran since the death of 22-year-old Mahsa Amini while in the custody of the notorious morality police.

On December 8, Iran executed 23-year-old Mohsen Shekari, becoming the first citizen to face this punishment as a result of the protests. That was the same date on which Alidoosti made her feelings known.

Writing on Instagram, the actress posted an image accompanied by the text: ‘Your silence means the support of the oppression and the oppressor’. In the caption, she added: Every international organisation who is watching this bloodshed and not taking action, is a disgrace to humanity’.

In previous Instagram posts, Alidoosti could be seen holding a sheet of paper with the words ‘women, life, freedom’, written on it. She was not wearing a hijab in the photo. Alongside an image she posted on September 16, the day of Amini’s death, the actress wrote: ‘Damnation to this captivity’.

Alidoosti has been in the public eye in Iran since she was a teenager. In 2016 she starred in the Oscar-winning film ‘The Salesman’. Her most recent screen appearance was in a film that premiered at this year’s Cannes Film Festival, titled ‘Leila’s Brothers’, as reported by dailymail.co.uk.