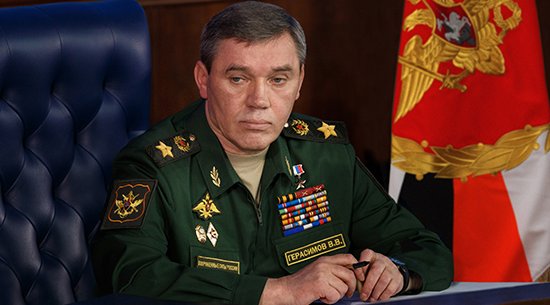 With the war in Ukraine not going as planned Putin has made another change replacing Sergei Surovikin, nicknamed “General Armageddon”, just three months into the job of leading the assault.

The change was announced by Russian Defence Minister Sergei Shoigu on Wednesday, January 11 who said that the replacement was as “an increase in the level of leadership of the special operation.”

The Chief of General Staff Valery Gerasimov, the top man in Russia´s military, has now been tasked with heading up the invasion. Surovikin is to stay on as deputy in what many will see as a demotion following some major setbacks during his time in charge.

According to the defence ministry, the changes are to deal with the criticisms and in particular “the need to organise closer interaction between the types and arms of the troops.”

Despite his fierce and callous reputation earned in Afghanistan and in Moscow where he ordered troops to shoot democracy protestors, he has failed to make an impact on the war.

A key ally of Wagner founder Yevgheny Prigozhin, Surovkin is an experienced soldier having led troops in Afghanistan and Syria, however, that experience seems to have been unhelpful in the current conflict.

Gerasimov on the other hand is a veteran commander from the second Chechen war and is believed to have been one of the three people involved in planning the invasion, along with Putin and Shoigu.

He has visited the front line in recent months following reports of low morale and heavy losses, and is believed to have been involved in a power struggle between security agencies in Russia.

Gerasimov and Shoighu are understood to be allies whilst Prigozhin and Chechen leader Ramzan Kadyrov their challengers.

The news that Putin has replaced “General Armageddon” just three months into the job comes as Russia steps up its campaign. It is perhaps also a sign that Russia is gearing up for a major push, something that Ukraine has forecast for some time.