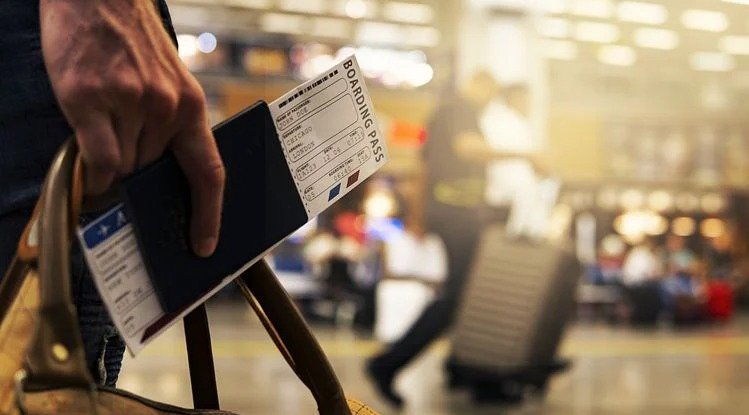 Passport warning as Brits are reportedly forced to cancel their holidays due to huge delays.

Social media is awash with complaints from hopeful travellers who are desperately waiting for their new passports to arrive. Standard processing times for online applications were around 5 to 6 weeks in late March. On April 4, though The Passport Office issued new advice on Twitter according to the Liverpool Echo. The latest advice said: “Is your passport due to expire? You’ll need to allow up to 10 weeks to process your passport application when applying from the UK.”

Many social media users have complained that they have waited longer than the 10-week period.

One panicking holidaymaker took to Twitter and said: “I have been waiting for a passport from original application date 16th January 2022 – I’ve allowed more than the 10 weeks. I am really starting to panic now that it has been lost in the process. Please can someone get back to me and HELP. Due to fly abroad in a few weeks time.”

Another person said: “You can’t resolve queries over web or email so I’m now on hold for 15 minutes at 40p/minute. Why am I paying for your mistake?”

One holidaymaker is expecting to lose thousands of pounds on their holiday. They tweeted: “Absolutely dire customer service. Applied with plenty of time -stated 5 weeks at time of application. Had 10 weeks to travel. Looks like £4k holiday will be wasted. I will be seeking these from HM Passport. Can’t get through on phone.”

Speaking to The Echo a Passport Office spokesperson explained: “Due to Covid-19, over 5 million people delayed applying for a British passport throughout 2020 and 2021. In preparation for the demand for international travel returning, since April 2021 we have published clear guidance that our customers should allow up to ten weeks to get their passport.”

The spokesperson went on to add: “In busier periods, call waiting times will take longer. However, we continue to work with our supplier to further recruit and support the effort to return response times closer to normal levels.”