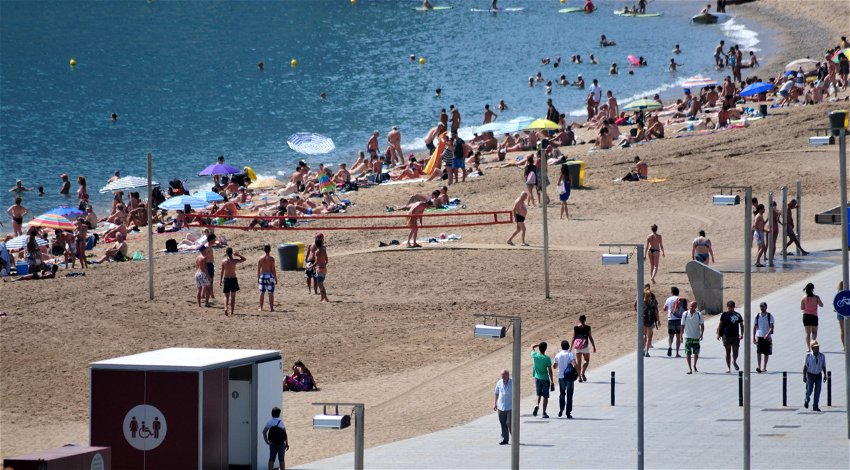 Barcelona’s city hall announced on Friday April 8th that it is to extend its smoke free area of the popular tourist destination to its beaches, where it will now ban cigarettes.

The ban, which comes into effect in July, will bring the city in line with many other areas across Spain who have banned smoking on beaches in an effort to both curb unsociable behaviour but also litter.

The move to ban smoking follows the completion of a successful pilot project last year that involved the banning of smoking on four of the city’s 10 local beaches.

A statement issued by the city said: “Beaches with no smoking allowed will offer healthier communal living areas, with less waste and will respect the defence of environment.”

Barcelona have been accused of being slow to react with many towns and cities having banned smoking on beaches for environmental reasons, whilst others retained the measure that came into force during Covid-19 lockdowns.

During the lockdowns that accompanied the pandemic most regions in Spain banned smoking in public places given health advice that the virus could be spread through passive smoking.

Areas that have retained the smoking bans include the Canary Islands, Andalusia, Galicia and Valencia.

Enforcing the smoke free ban on the beaches may prove a little more difficult in the populated and highly popular tourist destination, however it will certainly help to improve the images of beaches and potentially their blue flag status.