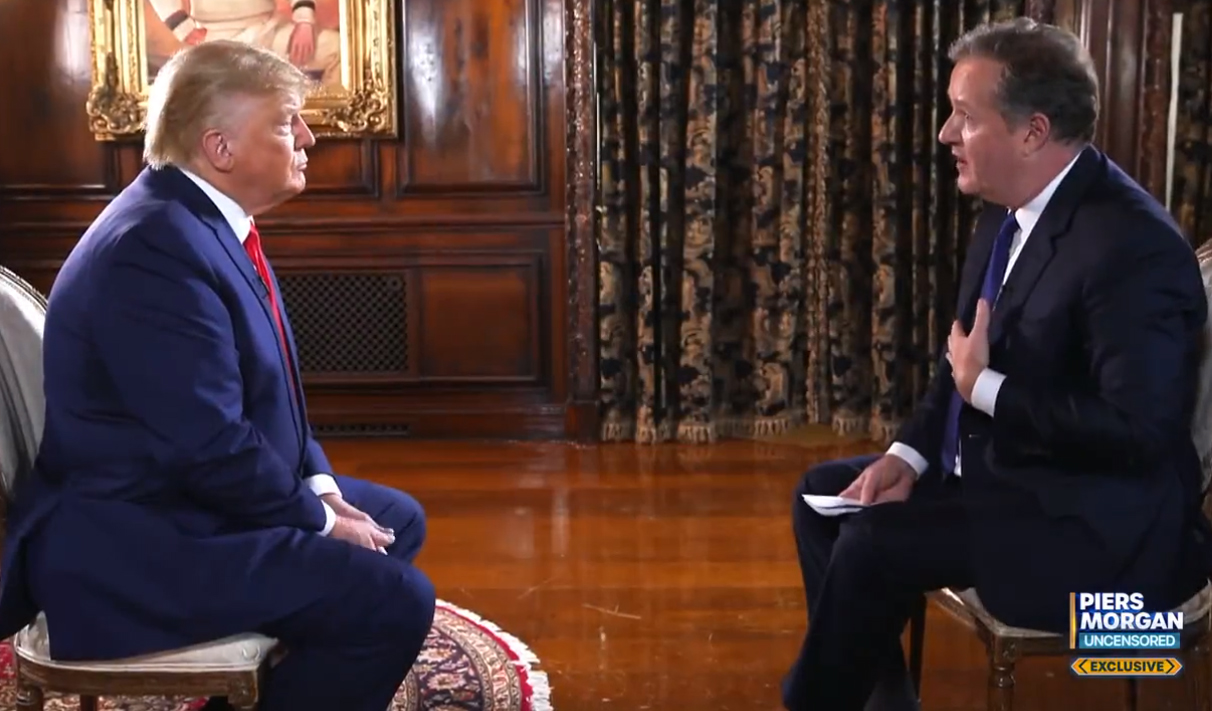 Donald Trump stormed out of a world exclusive interview with Piers Morgan in an explosive row over the ‘stolen’ US presidential election.

The 75-minute interview will be screened on the launch show of Piers Uncensored on TalkTV next Monday, The Sun reports on Thursday, April 21.

A preview of the fiery interview – which Trump storms out of – gives a taste of how angry the businessman is when asked about the US presidential election.

When Piers Morgan says to Trump: “It was a free and fair election. You lost.”

Trump counters: “Only a fool would think that.”

“I do now,” Trump answers testily.

The former President also tells Morgan: “I think I´m a very honest man. Much more honest than you.

Getting up from his seat, Trump then roars at the shocked camera crew “turn the cameras off” before he storms off.

In a comment piece in The Sun on Monday, Piers Morgan explains how the pair, who have been friends for 15 years, had a perfectly normal interview for the first hour.

“Trump displayed the extremely forthright style and brash humour which first propelled him into the White House, and certainly showed no sign of losing any of his fabled energy,” Morgan writes.

“But things took a dramatic downward turn when I finally brought up his refusal to accept defeat in 2020 and the appalling scenes on January 6,” he adds.

“I told him I believe he lost the supposedly ‘rigged, stolen’ election, I repeatedly pointed out his failure to produce any evidence of the widespread voter fraud he insists occurred to rob him of his presidency, and I blamed his refusal to admit defeat for the deadly riots at the Capitol.”

“He was back to the furious Trump he’d been in his office and branded me a fool six more times, in between calling Senate minority leader Mitch McConnell ‘stupid’, and his former vice-president Mike Pence ‘foolish and weak.’”