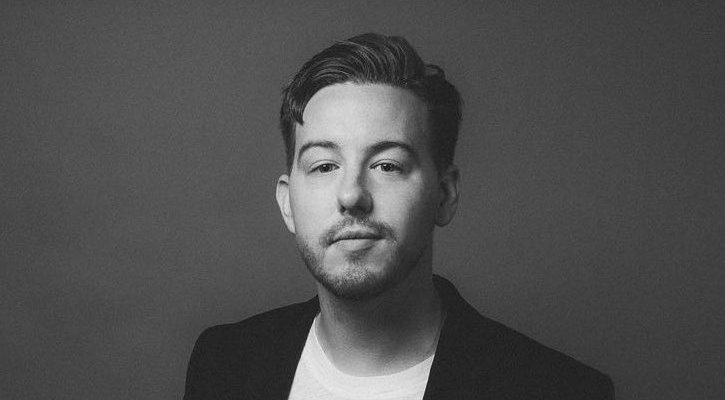 The band have been supporting his mother and family following the death, which is now under investigation.

The band revealed on April 18 that they would continue with their upcoming tour which kicked off with their very own Swanfest festival on Saturday, April 23.

Videos from the show have since emerged as well as a thank you from Tim’s mother Bernadette Alaniz.

As one person noted: “Tillian struggled to get through parts of the set at Swanfest but I was just so amazed that @DGDtheband even found the strength to show up today. I respect the hell out of the band for doing this for Tim and allowing us to be a part of it.”

Tillian struggled to get through parts of the set at Swanfest but I was just so amazed that @DGDtheband even found the strength to show up today. I respect the hell out of the band for doing this for Tim and allowing us be a part of it. pic.twitter.com/GSfcklGjjf

“Thank you Tim,” said another person.

Another person wrote: “I love them so much and they did amazing.”

I love them so much and they did amazing. #swanfest pic.twitter.com/ipiAsgUN9D

Feerick’s mum attended the event and thanked the band for allowing her and her family to be there, and for paying tribute to her son.

“I want to thank Dance Gavin Dance management, staff and band members for all the love and support they have given to Tim’s immediate family,” she wrote on Twitter on April 25.

“They invited our family and of Timothy’s closest friends to the Swanfest concert where they treated us with so much love and kindness.

“The concert was awesome and they had a beautiful tribute to my son Tim.

“Tim’s family will be forever touched by their generosity and support.”

Tim’s mother revealed that the rock band had been supporting her and her family since her son passed away. She revealed their support just before the band unveiled their new album.

In a Twitter post from Bernadette Alaniz, retweeted by the band, she said: “Dance Gavin Dance has been 100 per cent supportive of Timothy Feerick’s real and immediate family. We are all working together through this difficult time and we are grateful.”

She continued: “Our only interest is what is best for Tim and his legacy. If you see or read anything else saying otherwise, it is simply not correct.”

Bernadette’s choice of words suggests that someone else has been trying to interject themselves into the matter, something that has been rumoured on social media.

According to internet gossip and based on further posts from Tim’s mum, someone, believed to be Tim’s wife, has been trying to ‘hijack’ funeral arrangements. The online rock community have suggested that Tim’s wife is trying to keep the rights to his remains from his family, and is excluding the band and his family from his funeral service.

In her most recent post, she stated: “The family would like to be at peace and free from threats of being sued on top of everything we have already gone through.

“It’s sad to me that everything about Tim has been pulled out from under his family,” she continued.

‘We will never be able to heal from this horrible event.”

Following an announcement from the band on April 18 where they said they would press on with the release of their new album and tour, Dance Gavin Dance revealed their latest album ‘Jackpot Juicer’ via an announcement on Twitter.

“We are proud and pleased to announce our NEW ALBUM Jackpot Juicer out July 29th! Pre-order the album now, here,” the band wrote.

We are proud and pleased to announce our NEW ALBUM Jackpot Juicer out July 29th! Pre-order the album now at https://t.co/TzukZaMoGc. pic.twitter.com/BNQNran9aP

UPDATE 8.35 pm (April 18) – DANCE Gavin Dance have been forced to make a major announcement with regards to their upcoming tour and album following the sudden death of the band’s bassist Tim Feerick, whose death is said to be under investigation by a coroner’s office in California.

According to reports, the band were due to announce their new album this week before heading out on a month-long tour later this month. In fact, the tour was set to begin with their very own Swanfest festival on Saturday, April 23.

Many believed Feerick’s untimely death would spell the end of the tour, however, the band have announced that the show will go on, despite the ‘devastating loss’.

The band released a statement on Monday, April 18 giving their fans an update on the album and live shows.

“This past week has been the most challenging time in Dance Gavin Dance’s history,” the statement said. “On Thursday, April 14th, we found out that we had lost Tim. While he was the bassist in the band, he was also our brother and best friend. Losing him is devastating.

“We were preparing to meet up this past weekend ahead of Swanfest and the subsequent tour, when we heard the devastating news that he was no longer with us. After the initial shock and sadness, it wasn’t long after that we were faced with some challenging decisions about the immediate future and our upcoming plans.

“After many internal discussions with our team and, most importantly, Tim’s family, we have decided to perform this year’s Swanfest and do the subsequent tour in honour and dedication to Tim. We will also move ahead with the announcement of our forthcoming album, later this week.”

They added: “The main factor of this decision came from knowing who Tim was as a person and what he would have wanted. We are confident that he would be very disappointed if we were to postpone or cancel these dates. We received further affirmation of this from Tim’s parents, with their encouragement to perform these dates.

“In addition, music is our way of healing, and we, as the remaining members, desire to be together during this time and perform on stage to our fans the songs that he helped create. While no one can ever replace Tim or what he has brought to the band, we have asked Sergio Medina, a close friend to all of us and someone who has worked with Tim, to perform the bass duties for the upcoming shows.

“We are planning a memorial to Tim at Swanfest, and the entire festival will be in dedication to him, as will all the following shows on the tour. We look forward to celebrating his life with the fans. While this is an immense tragedy for everyone that loved and respected Tim, he would want everyone to come out, be together and enjoy the music. RIP Tim,” the statement concluded.

As previously reported, the band announced that the 34-year-old was found dead on the east side of California, USA on Wednesday, April 13.

Since the news was announced, further information was provided by the New York Post about the musician’s death.

According to the Post, Feerick was found dead at a “modest apartment complex known as ‘The Retreat'” and although Sacramento coroner’s office records currently list the cause of death as unknown, an official told the NYP on Friday, April 15 that they were ‘probing the death’.

The rock music world was shocked after the news of Tim Feerick’s sudden death was announced by his band on Thursday, April 14.

Dance Gavin Dance said in a statement on Twitter at the time: “We are absolutely devastated to share the news that our friend and bass player, Tim Feerick, passed away last night.”

They added: “We ask that you respect our privacy and that of Tim’s family while we deal with this heartbreaking and untimely loss.”

The rock music community reacted to the musician’s sudden death with fans paying their respects on social media.

DGD News said: “Tim, you contributed so much passion to every song you were apart of. You were a master at your craft. Music lost a legend. You will never be forgotten. Thank you for everything, Timothy Feerick. Rest In Peace.”

“Rest in peace, Tim Feerick. You will be missed. You’re probably my favourite bassist,” another wrote.

Another fan said on Facebook: “Ugh what another music heart break. Bassist Tim Feerick from Dance Gavin Dance just passed away. Such a dynamic musician. They’ve had a rough couple years with Covid shut down, sickness and tons of tour problems last year. Even though you don’t know them personally, when musicians pass that you connect to, it still stings and you feel that loss because of the connection you have with their art, how you feel and relate to it and how they express who they truly are. Rest in Peace Tim Feerick.”

“I am beyond crushed and devastated to hear of the passing of bassist Tim Feerick,” another person said. “Tim was the main reason I even had the courage to pick up the bass and play, he was my biggest influence and inspiration for the instrument.

“I feel like I’ve lost a little piece of my soul, and I feel that the world has lost an absolutely incredible musician. Rest In Peace, Tim.”

“You were so unbelievably talented, and now ur gone way too soon. This one stings. Rip to one of the greatest,” another person said.

Feerick played bass guitar on the band’s latest album Afterburner and was a long-standing member of the American rock band from Sacramento, California. The band formed in 2005 and Feerick contributed to five albums Artificial Selection (2018), Mothership (2016), Instant Gratification (2015) and Acceptance Speech (2013), as reported by Loudwire.