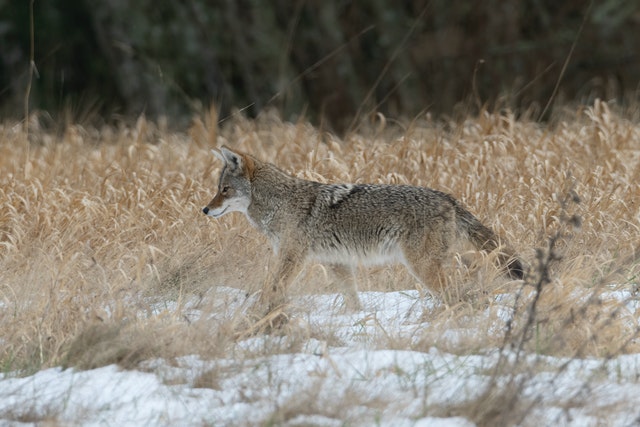 A two-year-old toddler is in a critical condition in a hospital in Dallas, Texas, after being mauled by a coyote. The incident, which happened on Tuesday, May 3rd, is the second in a week.

According to the police, the attack took place around 8:30 am in a neighbourhood just north of White Rock Lake in Dallas. It is understood the child was attacked by the animal on the porch of the child’s home.

A police search later found the coyote in a park near the child’s home, however attempts by the officers to destroy the animal failed. Police have warned residents in the neighbourhood to be on the lookout for the animal, which should be considered dangerous.

Local wildlife experts believe that residents had been feeding the coyote, whether intentionally or not. Otherwise, they say, the coyote would have shied away from humans and would not have been in contact with the child. They add that coyote contact with humans rarely goes well, with most afraid of humans generally.

In an email to AP news. Kieschnick said: “This is a difficult problem to manage, given the diversity of public attitudes toward coyotes, especially in suburban areas.

It quickly becomes a political nightmare for cities, counties, and public agencies, as many people oppose any lethal control of wildlife, which at times is the only solution when some individual coyotes become habituated to living in suburbia to the extent that they attack pets and humans.”

There has been no update on the condition of the toddler mauled by the coyote, nor details as to how the child came to be alone on the Dallas porch.