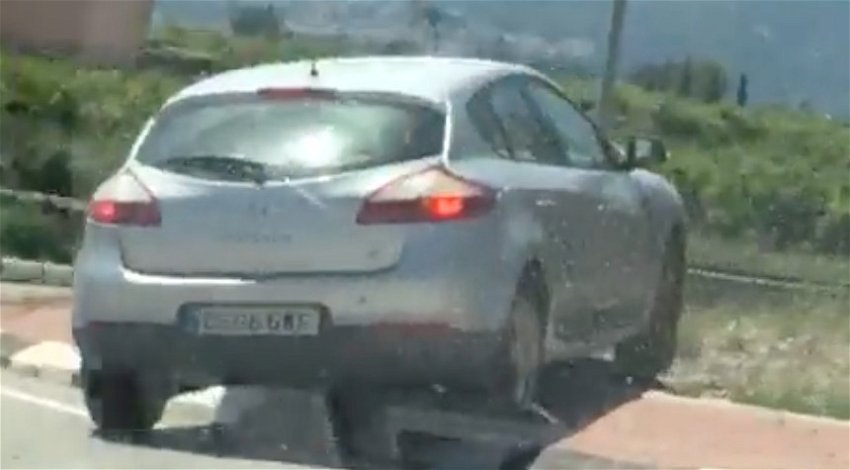 The Guardia Civil have released footage of a Driver under the influence of alcohol, who was seven times over the blood alcohol limit.

The driver is seen veering all over the road, crossing in to oncoming traffic, driving at extremely low speeds and eventually crashing the vehicle.

“#NotLikeThis❗ Seven times the blood alcohol level. Road users immediately alerted 112 when they saw that the car was driving in the opposite direction, putting #SafetyRoad at serious risk. The offender faces a prison sentence of up to 6 months”

According to Spain’s Directorate-General for Traffic: “Alcohol is a depressant of the Central Nervous System which alters both the aptitude and attitude to drive and increases the risk of being involved in a traffic accident. In its first phase, it produces a euphoric effect, which leads to loss of control, decreases risk perception, modifies behaviour and impairs psychomotor function, all of which impairs the ability to drive a vehicle.”

“There is a perception that crash risk is associated only with very high levels of consumption, but its negative effects on driving ability are observed even at low levels of consumption. As the amount of alcohol in the body increases, so does the risk of an accident: at 0.5 grams of ethanol per litre of blood the risk of a crash doubles, and at 0.8 gr/l the risk is 5 times higher, and continues to increase as the blood alcohol level rises. Not only does the risk of a crash increase, but so does the risk of injury and the likelihood of fatal injury. The risk is even greater in young drivers, where inexperience with alcohol is combined with inexperience in driving, a fact which justifies why the legislator has established lower blood alcohol levels for drivers in the first two years of their licence.”

The video posted by the Guardia Civil showing a driver seven times over the blood alcohol limit follows a post made this morning by the DGT in which they issued the statistics of driver deaths since the beginning of 2022.