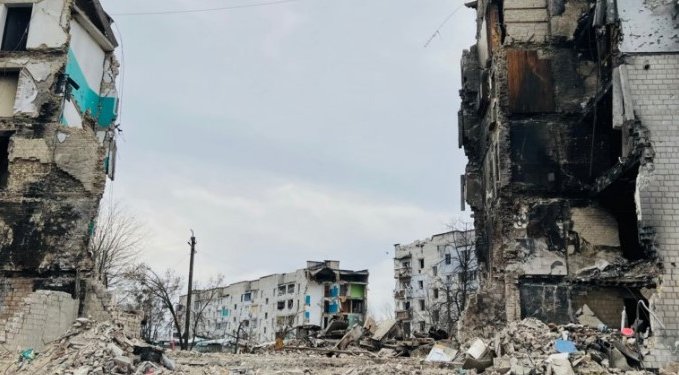 Image of the destruction resulting from Russian bombardment in Ukraine. Credit: @amnesty

According to the latest report today, Friday, May 6, from the human rights organisation Amnesty International, they have uncovered evidence of extensive war crimes committed by Russian forces in Ukraine.

These alleged atrocities were carried out in various towns and cities surrounding the capital of Kyiv. The organisation says it has collected bullet casings that are known to be used only by elite Russian airborne units. They have also documented cases of torture, the bombardment of civilian residences, and arbitrary killings.

In one town, Amnesty reported that a group of around 40 people were killed by indiscriminate bombings. Russian soldiers are also accused of murdering a 43-year-old man. While his wife and children took refuge in a cellar, the troops allegedly killed him in the kitchen above them.

A statement from Amnesty International’s secretary-general, Agnes Callamard, read: “The pattern of crimes committed by Russian forces that we have documented includes both unlawful attacks and wilful killings of civilians. It is vital that all those responsible, including up the chain of command, are brought to justice”.

Evidence has reportedly been collected from eight cities in the vicinity of Kyiv, along with testimonies from witnesses. Borodyanka and Bucha are among those cities visited by the human rights organisation.

Oleksandr Pavlyuk, Kyiv’s regional governor claimed that the bodies of at least 1,235 civilians had been found lying in the streets of the region. Many of these victims were discovered this April, in mass graves in the city of Bucha, with their hands tied behind them.

Investigations are also being conducted by the International Criminal Court. More than 9,000 potential war crimes are apparently being probed by Ukrainian authorities. These are taking place in the cities of Kramatorsk and Mariupol, among others.

During a press conference in Kyiv, Amnesty’s senior crisis response adviser, Donatella Rovera, told those in attendance, “These are not isolated incidents. These are very much part of a pattern wherever Russian forces were in control of a town or a village”.

Ms Rovera added that the organisation hopes this information “can be used, hopefully, for holding the perpetrators to account, if not today, one day in the future”. Moscow has always strenuously denied all allegations of war crimes being committed in Ukraine, preferring to call it a false ‘provocation’.