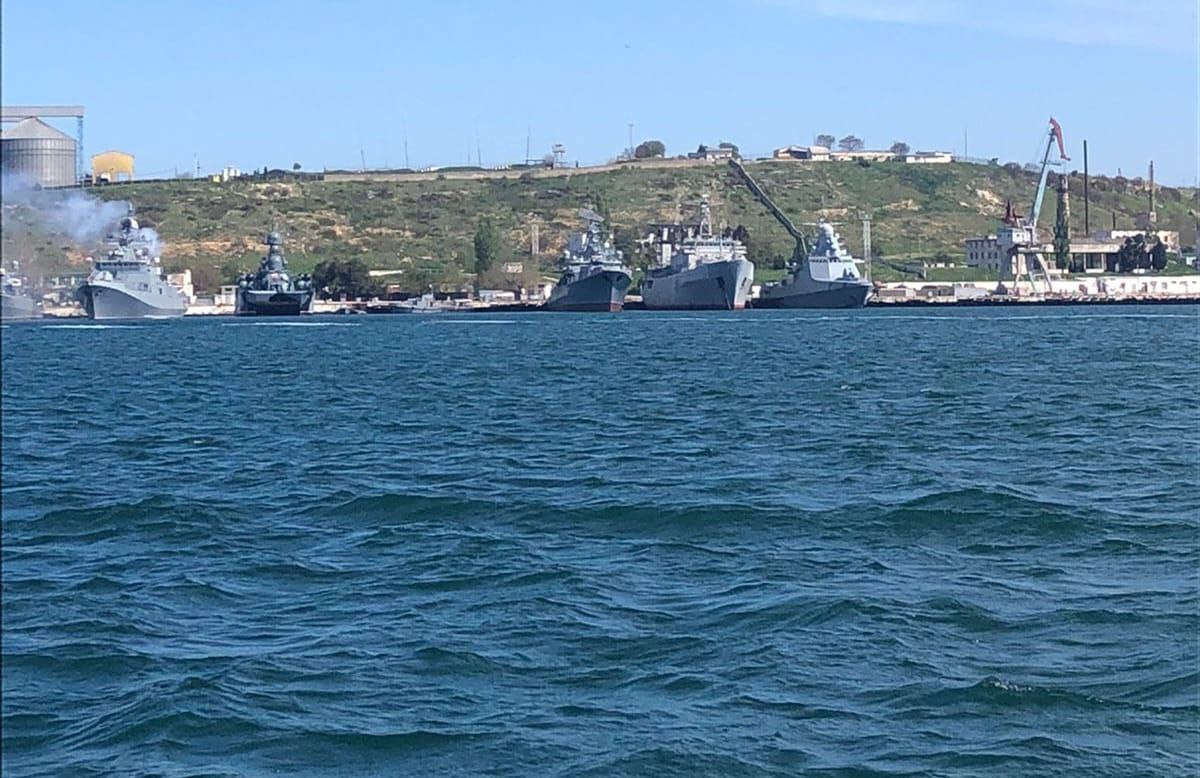 REPORTS that the Russian Navy warship ‘Admiral Makarov’ is currently on fire after being struck by Ukrainian Neptune missiles can not be corroborated by the US, Ukraine or Russia, according to officials.

UPDATE 12.33 am (MAY 7) – The US Pentagon said they have no information regarding the fate of the Russian Navy warship ‘Admiral Makarov’ – first reported as being sunk but later alleged to be on fire – which was reportedly hit by Ukrainian missiles late on Thursday, May 5.

During a press briefing on Friday, May 6, US Department of Defense press secretary John Kirby said: “We’ve seen the reports [about the Admiral Makarov]…we’ve been looking at this all day and we have no information to corroborate on these reports.”

The speaker of the President of Ukraine, Aleksey Arestovich also claimed that they had no information regarding the attack.

“At the moment, there is no reliable information that [the Admiral Makarov] was beaten or not knocked out by the Ukrainian official authorities. It continues to be specified,” he said.

According to Russian media reports, the speaker of the President of Russia Dmitry Peskov could not confirm or deny the information.

“No, we do not have such information,” he said.

Prior to these statements from Ukraine, Russia and the US, Turkish media published footage that allegedly showed the Admiral Makarov frigate burning after it was hit by a Ukrainian Neptune missile.

UPDATE 2.58 pm (May 6) – Although reports of the Admiral Makarov – a Russian missile frigate – being sunk have still yet to be confirmed by either side, video footage and photos circulating on social media allegedly show the warship on fire.

According to the Independent, the warship was reportedly struck off the coast of Snake Island in the Black Sea – the site of the infamous incident where a Ukraine soldier, originally feared to be dead, told a Russian warship to ‘go f*** yourself’ before the Island was attacked.

The only footage of any activity at the shores of Odesa is this footage. Yet the claim was the hit ship was at Snake Island which is at 200 km. There's no indication it was "Admiral Makarov". pic.twitter.com/ZFbwgHyZLB

Unconfirmed photos apparently also show the alleged fire, as reported by the Mirror, although there are reports suggesting that these images may have been circulating online prior to Friday, May 6

Russian sailors must have a habit of falling asleep while smoking, because I can think of no other reason why another Russian warship – the Admiral Makarov – seems to have caught fire. pic.twitter.com/zreRyo1yDX

While the social media reports are currently unsupported, it is interesting to note that – according to figures released from the Ukrainian Ministry of Defence on Friday, May 6 – one more Russian boat has reportedly been destroyed by Ukraine’s military from data published the previous day.

ORIGINAL 9.38 am (May 6) – According to information released by various Ukrainian news outlets, which is yet to be confirmed by Ukrainian and Russian officials, the Russian frigate ‘Admiral Makarov’, which was believed to be at the Sevastopol naval base, was hit and sunk by Ukrainian Neptune missiles – the same ones that sunk the Russian flagship missile cruiser Moskva in the Black Sea, off the coast of Ukraine, on April 14.

Rumours circulating on social media suggest the missile-frigate Admiral Makarov, which is the third, last and most modern vessel in her class, is an important asset to Russian war efforts and if sunk would be a huge blow to Russian President Vladimir Putin.

There are Unconfirmed reports from some Ukrainian Sources that the Russian Naval Ship the Admiral Makarov which is a Admiral Grigorovich-Class Frigate operating within the Black Sea has been struck by Ukrainian Anti-Ship Missiles off the Coast, so far there is no evidence. pic.twitter.com/Zbis8w6Nax

As noted by Forbes on Friday, May 6, the 409-foot Admiral Makarov would be a “valuable target” for “Ukrainian missile crews and drone operators.”

The Admiral Makarov, a brand new frigate (launched in 2012, fully operational as of 2017) is part of the Admiral Grigorovich class, which includes the Grigorovich, which is still sailing and the Admiral Essen, which is believed to have been badly damaged by Ukrainian anti-ship missiles.

Naval tracking sites reported that a Russian rescue ship (SPK-46150) was dispatched to the last location the Admiral Makarov spotted with rumours suggesting that the warship is on fire.

This was confirmed by Ukrainian politician and chairman of the Odessa Regional Council, Oleksiy Goncharenko, who said on messaging app Telegram that the warship was on fire but had not sunk.

“The frigate Admiral Makarov, the Russian Navy’s patrol frigate, is on fire.

“Yes, yes, you got that right! The God of the Seas is taking revenge on Ukraine’s abusers.”

He added that after being launched in September 2015,  in 2022, “when it took part in the killing of Ukrainians, it was given to the God of the Seas.”

“It has not yet followed the Moskva, but a bad start has been made,” he said.

It was a fire that sunk the Moskva last month after it was hit by two Ukrainian missiles.

A top Pentagon official said on April 15 that the Russian flagship missile cruiser was down after being hit “with two Neptunes.”

Furthermore, on May 6, an official report by the US said that they provided the location intelligence that was used by Ukraine to sink the Moskva.