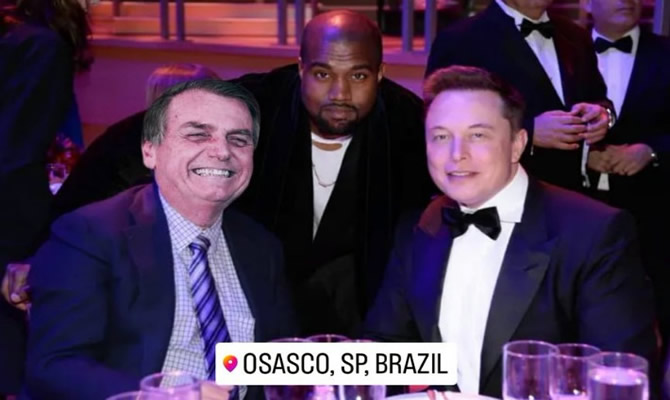 Elon Musk has agreed to deploy an internet satellite network over the Amazon for Brazilian President Jair Bolsonaro.

Brazilian President Jair Bolsonaro, last Friday, May 20, described the alliance that he is trying to forge with American business tycoon Elon Musk, as “a courtship that will end in marriage”. He received the Tesla and Space X founder during a premature electoral campaign.

Musk had arrived as a surprise guest of the far-right government to analyse the economic potential of the country. He was expected to announce a plan to ‘monitor’ the Amazon and also help to expand the nation’s internet network to reach the most remote points in the region, thanks to his large Starlink network of satellites.

The world’s richest man held a meeting with the Brazilian head of state and a group of soldiers at a luxury hotel in Porto Feliz, located in the interior of the state of Sao Paulo. There he announced his interest in bringing the Internet to 19,000 schools that operate in areas far removed from the main cities.

As reported by elperiodico.es, Bolsonaro did not take long to politicise the announcement. “We count on Musk so that the Amazon is known by everyone in Brazil and the world, to show the exuberance of that region, how it is preserved, and what harm those who spread lies about that region cause us”, he said.

The retired captain does not believe that the huge forested canopy is crisscrossed by deforestation. Official data though shows the opposite. Illegal logging reportedly increased by 22 per cent in 2021 compared to the previous year, and negative numbers are also expected this year.

Bolsonaro’s environmental policy has earned him strong friction with Europe and even the United States, since the arrival at the White House of President Joe Biden.