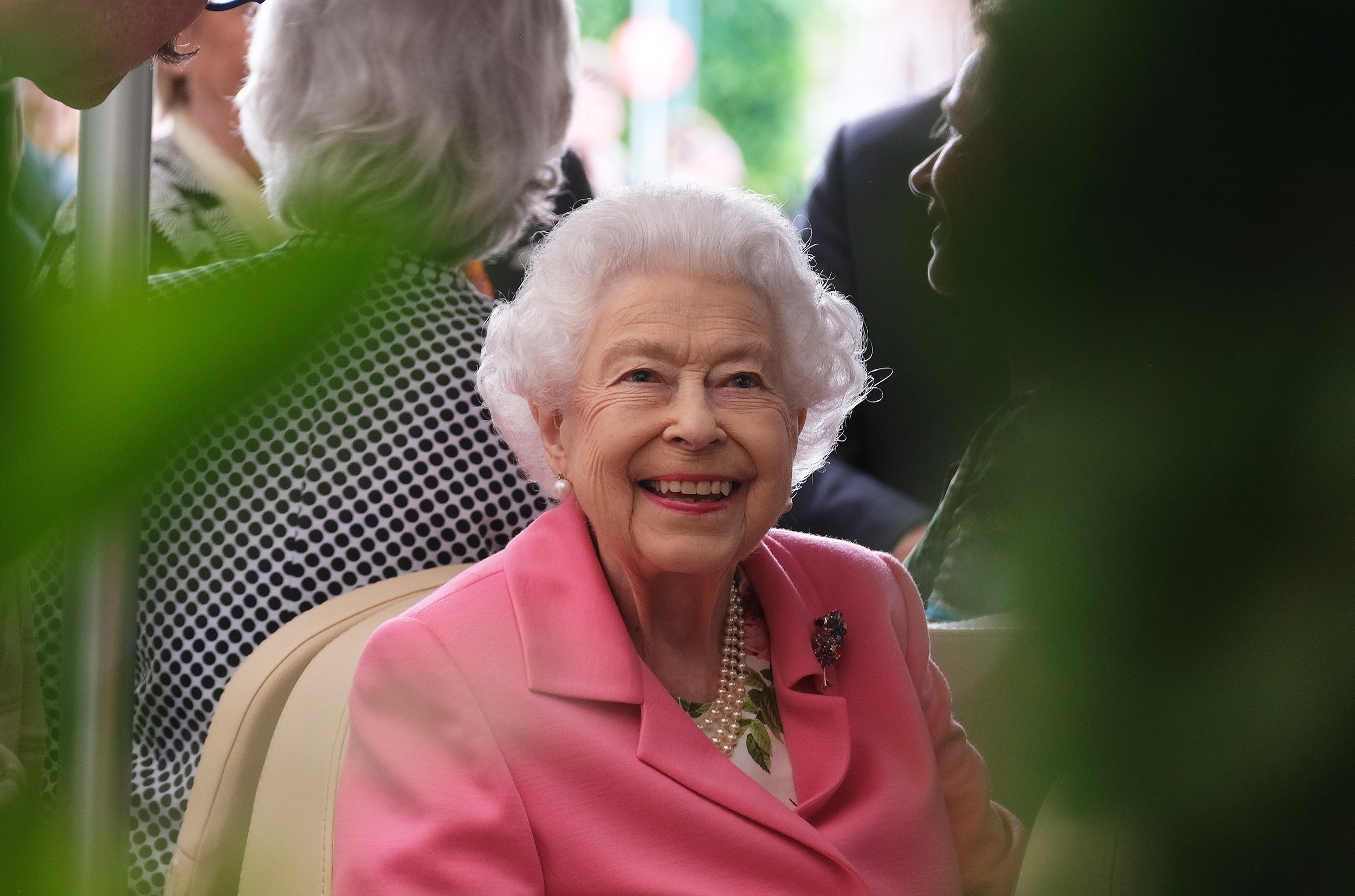 In honour of her service here are 70 facts about HM Queen Elizabeth II, as confirmed by the Royal Website

1.         2015, September 9, The Queen became the longest-reigning Monarch in British history, even surpassing the reign of her great-great-grandmother Queen Victoria.

2.         Her Majesty is the most travelled British Monarch. Within the Commonwealth alone, she has made over 150 visits during her reign.

3.         The Queen has visited over 100 countries as Monarch. She has visited Canada 22 times which is more than any other country in the world. With 14 visits, France is her most visited country in Europe.

9.         The Queen has sent over 300,000 congratulatory cards to people celebrating their 100th birthdays, and over 900,000 messages to couples marking their Diamond (60th) Wedding Anniversaries.

11.       Her Majesty has held over 50 ranks and appointments in the British and Commonwealth Armed Services during her lifetime.

13.       Her Majesty is a committed Christian and Churchgoer and has often spoken of her faith in her speeches and broadcasts.

14.       The Queen has sat for over 200 official portraits during her reign, the first was in 1933 when she was seven years old and was a portrait painted by Anglo-Hungarian artist Philip Alexius de Laszlo.

16.       Over 180 garden parties have been held at Buckingham Palace since 1952 and over 1.5 million people have attended a Garden Party during The Queen’s reign.

17.       There have been 14 Presidents of the United States during Her Majesty’s reign, and,  with the exception of President Johnson (1963-9), Her Majesty has met each one.

18.       The Queen has been served by 14 Prime Ministers of the United Kingdom during her reign – her first Prime Minister was Winston Churchill.

19.       Her Majesty has owned more than 30 Corgis and Dorgis during her reign, most of which have been descended from her first Corgi, Susan, who was gifted to her on her eighteenth birthday in 1944.

20.       The Queen travelled on the London Underground for the first time in May 1939 with her governess Marion Crawford and her sister Princess Margaret.

21.       Her Majesty made her first radio broadcast in 1940 when, aged 14, she recorded a message of support for young people affected by the war in Europe, particularly those being evacuated from their homes, on the BBC’s Children’s Hour.

22.       The Queen joined the Auxiliary Territorial Service (the women’s branch of the British Army during the Second World War) in 1945, becoming the first female member of the Royal Family to join the Armed Services as a full-time, active member.

23.       Her Majesty’s first official overseas visit was in 1947 as Princess Elizabeth, when she toured South Africa, Southern Rhodesia (modern-day Zimbabwe) and the British Protectorate of Bechuanaland (Botswana) with King George VI and Queen Elizabeth.

24.       The Queen’s first military appointment was as Colonel of the Grenadier Guards. The appointment was made in February 1942 following the death of her great uncle and Godfather, The Duke of Connaught.

25.       In 1953 Her Majesty made the first Christmas broadcast from overseas, broadcasting live from New Zealand.

31.       In 2009 Her Majesty witnessed Swan Upping for the first time.  This annual event on the River Thames includes the weighing and measuring of the swans and checks are made on their health and well-being.

32.       The Queen introduced the Elizabeth Cross in 2009.  It was the first medal to which she had put her name. The award was instituted to give special recognition to the families of those who have died on military operations or as a result of terrorism since 1948.

33.       Her Majesty made a State Visit to Ireland in 2011, the first time a reigning British Monarch has visited the country since its separation from the United Kingdom.

34.       In 2013 The Queen became the first Monarch to be presented with an Honorary BAFTA award in recognition of a lifetime’s support of British film and television.

35.       Her Majesty and The Duke of Edinburgh celebrated their Platinum Wedding Anniversary in 2017, the first time a reigning Monarch had done so.

36.       To mark the Diamond Jubilee in 2012, the Thames Diamond Jubilee Pageant was held on 3rd June 2012. 670 boats took part in the parade on the Tideway of the River Thames, making it the largest ever parade of boats.

37.       The longest overseas tour that The Queen has undertaken began in Bermuda in November 1953 and ended in Gibraltar in May 1954. She was away for 168 days and visited 13 different countries.

38.       The greatest number of countries that Her Majesty has visited in one trip is 14. This was during her 1966 trip to the Caribbean.

40.       In September 1966 Her Majesty visited the British Aircraft Corporation’s facilities in Filton, Bristol, and inspected the progress of the Concorde project.  Her Majesty first flew in Concorde in 1977 and went on to use it for several overseas tours before it was retired in 2003.

42.       Following Her Majesty’s 90th birthday celebrations in 2016, it was agreed that an Award would be created in her name to recognise emerging British fashion talent.

45.       The Queen wore two crowns on her Coronation Day:  St Edward’s Crown (which was used for the crowning ceremony) and the Imperial State Crown, which was worn for the return procession and subsequent balcony appearances at Buckingham Palace.

46.       There were more than 2,000 journalists and 500 photographers from 92 nations on the Coronation route in 1953. The Coronation Service was broadcast live on the BBC, enabling millions of people to see their Monarch crowned for the first time.

47.       Prior to its decommissioning in 1997, many of Her Majesty’s official tours were undertaken on the Royal Yacht Britannia. Britannia travelled more than a million miles on Royal and official duties, transporting The Queen to over 700 Royal visits.

48.       Her Majesty has made a Christmas Broadcast to the Commonwealth every year of her reign except in 1969 when a repeat of the film ‘Royal Family’ was shown and a written message from The Queen was issued.

49.       The Queen sent a message of congratulations to Apollo 11 astronauts for the first moon landing on July 21 1969. The message was microfilmed and deposited on the moon in a metal container.

50.       In 2016 Her Majesty and The Duke of Edinburgh sent a message to British astronaut Tim Peake as he joined the International Space Station.

51.       On the evening of the Coronation, The Queen made a radio broadcast in which she stated: “Throughout all my life and with all my heart I shall strive to be worthy of your trust”.

52.       During her reign, Her Majesty has received many gifts including a variety of live animals. The more unusual animals were placed in the care of zoos, among them jaguars and sloths from Brazil, an elephant from Cameroon and two black beavers from Canada.

53.       There has been a Trooping the Colour Parade every year of The Queen’s reign, apart from 1955, which was cancelled due to a railway strike.  In 2020 and 2021 a smaller ceremony took place at Windsor Castle due to the Covid-19 pandemic.

54.       Windsor Castle, currently Her Majesty’s main residence is the oldest and largest occupied palace in the world.

56.       Her Majesty’s first pony was given to her by her grandfather, King George V. The Shetland pony was called Peggy.

57.       As British passports and driving licences are issued in The Queen’s name, she is not required to have either – a privilege held by her alone.

58.       Her Majesty speaks fluent French and has often used the language during audiences and State Visits.

59.       Almost 70 forest conservation projects across the Commonwealth have joined The Queen’s Commonwealth Canopy initiative since its launch in 2015, representing more than 100 million trees preserved for future generations as part of the fight against deforestation.

60.       Sir Winston Churchill, Her Majesty’s first Prime Minister, became a Member of Parliament during the reign of The Queen’s great-great-grandmother, Queen Victoria.

61.       The Queen (then Princess Elizabeth) became a Girl Guide In 1937 aged 11, learning how to pitch tents, cook on campfires and administer first aid.

62.       In 1969 The Queen was given a black mare, named Burmese, by the Royal Canadian Mounted Police. The former Service horse was ridden by Her Majesty for Trooping the Colour for eighteen consecutive years from 1969 to 1986.

63.       Her Majesty, then 11-year-old Princess Elizabeth, attended her parents’ Coronation at Westminster Abbey in 1937 and wrote about it for the King and Queen in an essay entitled, To Mummy and Papa, In Memory of Their Coronation.

64.       The Queen’s Coronation dress was designed by British couturier Sir Norman Hartnell. He submitted nine different designs and Her Majesty accepted the eighth.

65.       Her Majesty’s Coronation ceremony was the first to be broadcast on television, as a result of which people purchased television sets in their millions. 27 million people watched in the UK alone, and television was ushered in as a mainstream medium.

66.       On 8th May 1945, Victory in Europe Day, The Queen (then Princess Elizabeth) and her sister Princess Margaret, aged 19 and 14 respectively, joined the crowds in London incognito, Princess Elizabeth with her ATS uniform cap pulled down over her face. She later said of the day, “I remember lines of unknown people linking arms and walking down Whitehall, all of us just swept along on a tide of happiness and relief”.

67.       The Queen Elizabeth Diamond Jubilee Trust has enabled over 100,000 people to have sight-saving surgery; treated over 22 million people with antibiotics to reduce the spread of trachoma; built or upgraded over 81,000 latrines and washing facilities to prevent the spread of infection; screened over 13,000 babies for retinopathy of prematurity, and screened over 200,000 people for diabetic retinopathy.

68.       Her Majesty has conducted over 650 investitures throughout her reign.

69.       The Queen has awarded the George Cross – given for “acts of the greatest heroism or of the most courage in circumstances of extreme danger” – collectively to just two groups over the course of her reign: officers and families of the Royal Ulster Constabulary for their bravery during the Troubles in Northern Ireland and, most recently, to NHS staff for their work during the Coronavirus pandemic.

70.       As part of the London 2012 Olympics opening ceremony, secret agent James Bond escorted The Queen from Buckingham Palace to the Olympic Stadium by helicopter before they both parachuted into the event.