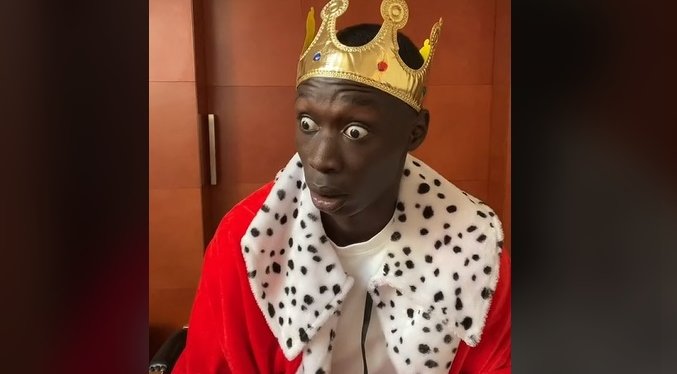 In a return to the past, a silent comedian has become the most followed person on the video platform Tik-Tok with more than 142.9 million followers.

According to a CNN report on June 23 Khaby Lame, 22, was born in the West African nation of Senegal and now lives in Italy where he creates videos in which he reacts wordlessly to absurd life hacks.

Lame began posting videos after he lost his job as a factory worker in Italy in the early days of the pandemic in 2020. Holed up at his parents’ home in the Italian city of Chivasso, whilst looking for jobs online he downloaded TikTok and started tinkering with it in his bedroom.

Initially, he did what everyone else does, he tried to be creative with clips of himself dancing, doing comedy or watching videos but it’s only when he started making his life hack videos did things take off.

Lame’s videos are of him reacting to videos online either with a wordless shrug or a look of exasperation.

He told CNN: “I came up with the idea because I was seeing these videos circulating, and I liked the idea of bringing some simplicity to it.

“I thought of a way to reach as many people as possible. And the best way was not to speak.”

Lame also produces short video sketches that once again just feature his wordless reaction to things in life, doing what he refers to as “shaking my head.”

Such is his popularity that fans from all over the world regularly send him videos of people performing simple tasks in complicated ways, purely to see his reaction to them.

The Tik-Tok star said he doesn’t make the videos to be popular saying: “I don’t care if I’m first or second or fourth most popular on TikTok. I started making videos because I wanted to make people laugh in that period of lockdown.

“And I keep making videos with the same ideals. I’m happy about my accomplishments, but those are not my main things.”

Now the most-followed person on Tik Tok, the silent comedian says his goal in life is to work with his favourite movie star, Will Smith.

The body 0f 19-year-old Cooper Noriega, who had amassed more than 1.7 million followers on the social media platform, was found in a car park in California on Thursday, June 9.