Michel Euesden – The driving force behind the Euro Weekly News 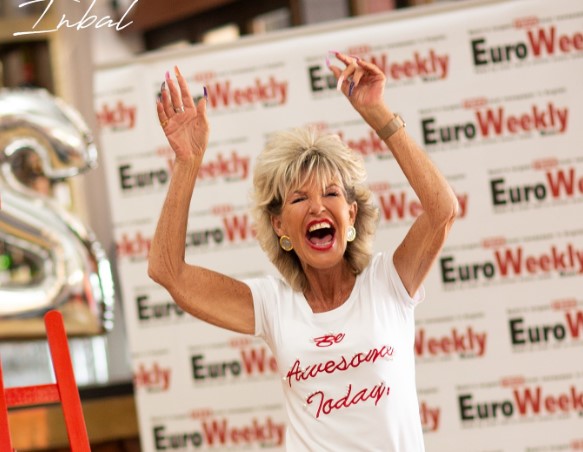 WHILE most people will spend their lives trying to find their calling, fortunately for the expat community, Michel Euesden found hers as CEO of Euro Weekly News. Born in the industrious city of Rochdale where her aptitude for hard work was fortified by a devotion to her business, Michel became a strong-willed woman who will work tirelessly to help her community. It is these values that have helped the Euro Weekly News obtain the status of “Spain’s largest free English language newspaper.”

For the last two decades, Michel and her husband Steven have been building up the Euro Weekly News platform. This success is attributed to the unwavering hard work they have put into growing the business, finding writers who share the same ideals as them, the mutual support between the EWN and the local communities in Spain, and the good karma that has accumulated over the countless charitable events and fundraisers they have contributed to or hosted themselves.

The Euesdens have been very active members in the Costa de Sol community since they arrived, firmly believing that you must “help at home.” A prime example of this is the foundation Knitted Knockers, a charity that knits handmade prostheses for women who have undergone a mastectomy or lumpectomy. Michel Euesden is a persistent advocate and has made multiple contributions to this charity as well as countless others across Spain including cancer charities, animal charities and hospices.

This community spirit comes from Michel´s humble upbringings in Rochdale, the north of England, where family, a strong work ethic and a big heart are at the forefront of everyday life. In her own words, Michel said: “The greatest thing that my parents ever gave me was a strong work ethic and I grew up knowing that there is no substitute for hard work. That must be due to being a Northern girl and having learnt the hard way all those times when I was shovelling coal in for my grandparents! It must also have something to do with being a Thursday’s child who works hard for a living. Never was a truer word said in my case because I´ve been a grafter all my life and know full well that I shall have to be a grafter in the future, too.”

And don´t let her friendly and endearing exterior fool you, Michel has a steeliness underneath her soft appearance – which is no surprise considering the success of the EWN – grit and guts are needed in the business of news and communication. However, Michel believes that if everything that you do is carried out with goodness in your heart, there is nothing more that can be asked of you. That is the basis of the Euro Weekly News.

Michel cares passionately about her readers, her advertising clients and the expatriate community and instils these values into each and every member of the EWN team (or, as she says herself, her extended family). This is done through events, giving people a voice through the Euro Weekly Newspaper and website, donations and even campaigns such as our most recent Blue Badge campaign for British people. With a clear vision, excellent communication and relationship-building skills, diligence and, above all, a big heart, Michel Euesden is the driving force behind everything the Euro Weekly News achieves.

And why does this matter? Well when you are looking for information on expat issues and topics such as pensions and VISA information, general information on your community and how you can get involved, or charity events,  you will want to know that what you are reading is factual and that extensive research has been done. This is the standard we as journalists are held to by Michel Euesden, and we are happy to provide you with a service that you can trust.