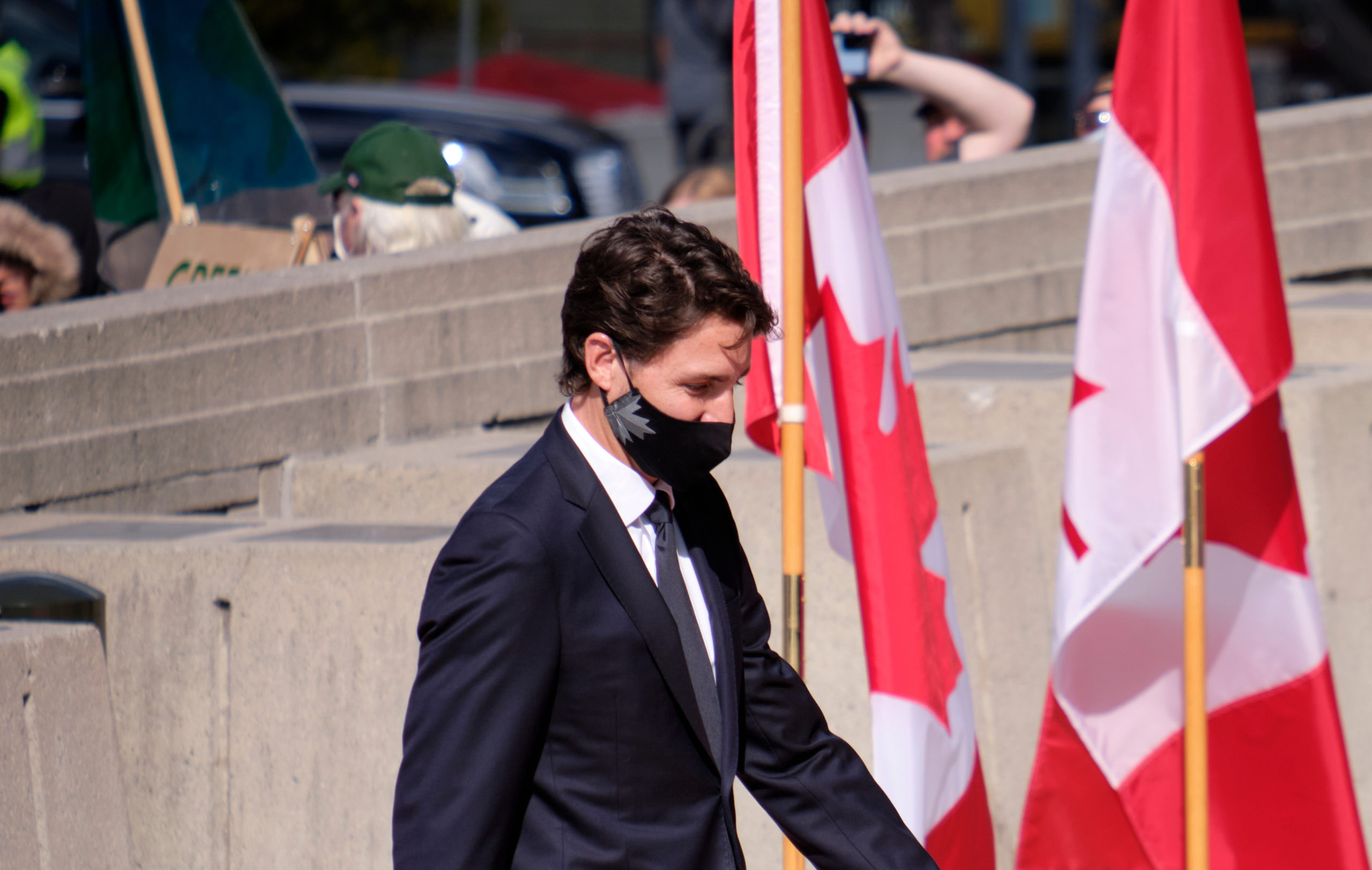 According to a new public opinion survey, Canada’s PM Justin Trudeau has apparently lost favour with the Canadian public following a string of high-profile gaffs.

Many Canadians believe that Trudeau lacks integrity according to the survey, with many highlighting his ‘handling of the WE Foundation controversy, the Jody Wilson-Raybould and SNC-Lavalin affair’.

While invoking the Emergencies Act during the convoy protests also did not sit well with those who took part in the survey.

However, he was praised for legalising marijuana and how he dealt with the Covid-19 pandemic, the survey suggested.

The survey conducted by Postmedia-Léger appears to indicate that the 50-year-old could face an uphill battle to remain in the job.

Andrew Enns, an executive vice-president at Léger, said: “When you take the results to these questions in their entirety, one can’t help but think the progressive coalition that elected Trudeau to his majority in 2015 and contributed to his back-to-back minorities is significantly strained, if not broken.”

He added: “His personal popularity with NDP and Green voters is poor, which leads one to question his ability to win another election, certainly difficult to see him ever winning a majority.”

Interestingly, regardless of which political party they support, more than half of all respondents in the national survey did not think that the job Trudeau was doing as prime minister was good enough and nearly half believed he should resign before the next election.

1,501 online surveys were submitted through Léger’s online panel between June 30 and July 3, 2022, and the ‘results were weighted according to age, gender, and region to ensure a representative sample of the population.’

“As an online survey, traditional margins of error do not apply,” according to Leger. “If the data had been collected through a probability sample, the margin of error would be reported as ±2.5 per cent, 19 times out of 20.”

Earlier this year, the Prime Minister of Canada got mercilessly trolled for his Blackface past.

As Canada’s PM welcomed the start of Black History Month on February 1, several old pictures resurfaced of the 50-year-old with his face painted black.