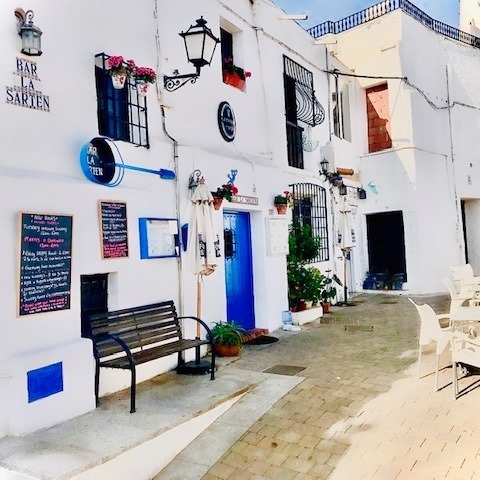 The sad news that Gordon Dent, previous owner of the popular La Sarten bar in Mojacar, Almeria, had died was confirmed on Sunday, July 31.

Gordon’s sister confirmed his death in a post that read: “Hola everyone. My brother, Gordon Dent, who owned La Sarten in the village for many years, has died. He has had an amazing friend in a gentleman called Richard Jays, who is now dealing with all the necessary arrangements.”

“Richard has asked me to let those interested know that the funeral for Gordon is going to be held this coming Thursday with a “send-off” at La Sarten afterwards, so all friends welcome.”

“I have never met Richard but feel he has become a good friend also to myself, my husband, Michael, and Leigh Jayne, Gordon’s daughter. He really is a truly kind gentleman.”

“I understand Richard owns a business and unfortunately, due to the amount of time he has had to spend looking out for Gordon, the business may have had to take second place occasionally. I would ask PLEASE be patient with him.”

“Gordon’s family will never be able to thank Richard Jays enough for the kindness and compassion he has shown to my brother; I think it was well known in the village that Gordon wasn’t the most patient of people so what Richard has done, and is still doing, is over and above what friendship means.”

“To those of you who go to the funeral and then the Sarten, ENJOY. 😂”

Gordon’s daughter commented on the post with: “RIP Dad. Sail happy to your final destination, where you will hopefully meet with my much loved Nana. (She’s going to box yer ears for you, you old buggerlugs) x”

Another posted: “Gordon You will be dearly missed.”

“I met Gordon many years ago and many other times when he was with Lynda.”

“He definitely was one of a kind and I enjoyed listening to all his stories. He had some good tails to tell.”

“RIP Gordon… Sail into the sunset and be at peace.”